Home » InsideLB » ‘Music is the Finest of the Fine Arts’ 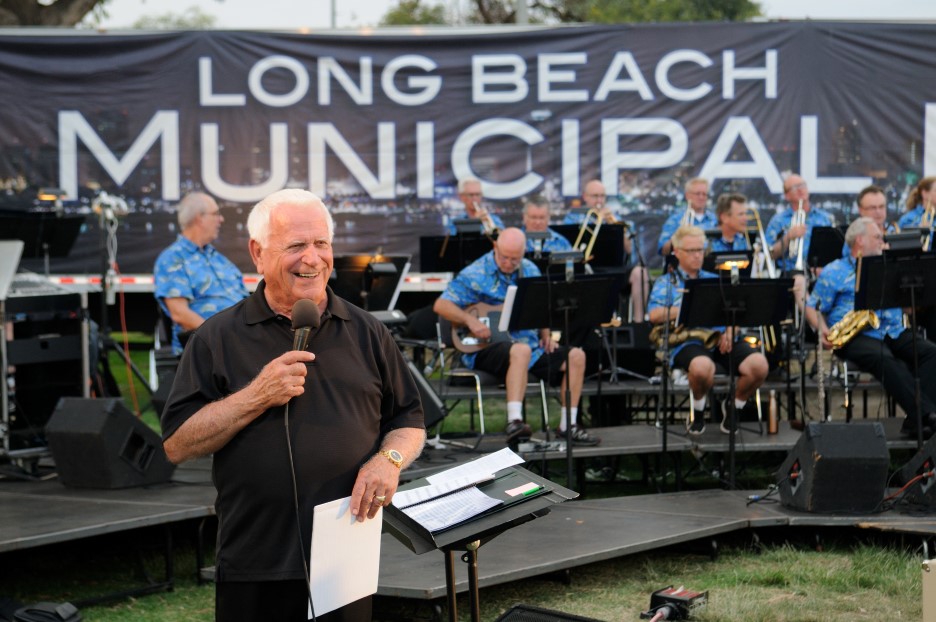 ‘Music Is The Finest Of The Fine Arts’

"Long Beach Municipal Band."  The name conjures up images of handlebar mustaches, military-style uniforms and the sound of John Philip Sousa's "Stars and Stripes Forever" echoing off a wooden band shell by the sea. This is how it really was in the early days of the Long Beach Municipal Band (LBMB), the oldest municipal band in the country. One hundred and nine years into its illustrious existence, the LBMB continues to offer superbly played traditional band music and an old-time sense of community.

"The band serves the community because it helps make the community," said LBMB Director Larry Curtis, who has just wrapped up his 26th season with the band. 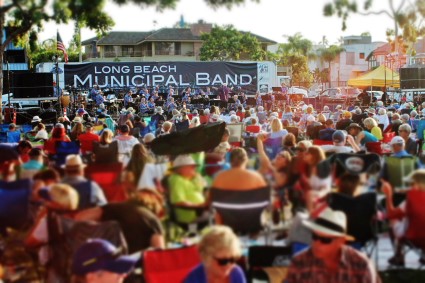 Curtis initially found himself surprised by the distances that some concert-goers would travel for the LBMB. “We have people driving in from clear out in Riverside to come to these concerts,” he said. “It's amazing to me how dedicated these people are to the experience of being there. We're giving them something they're not getting somewhere else. We're giving them an environment that harkens back to a time when people could relax and be friendly to each other."

Angie Sotelo, 64, has been attending LBMB concerts since the early '60s. "I remember when the Band would play right there on the playground at Cubberley School," she said. "Hearing good musicians playing all those traditional instruments gave my friends and me a good feeling. We still get it today, and we love bringing our kids and grand-kids to the concerts, to keep up the tradition."

The LBMB has provided musical healing for the City of Long Beach through two World Wars, a devastating earthquake (1933) and, when playing in the band was a full-time civil service job, the LBMB "was there for every store opening and statue unveiling in the city," said Curtis.

The Band has a state-of-the-art sound system now (run by Bob Christian, a former Discovery Channel composer), and it often includes contemporary rock and pop music in its programs, but its essence is still very similar to the way it was in the '20s, when international trumpet superstar and former Sousa band member Herbert L. Clarke conducted the band. At that time, the band was used as a public relations tool by the City, and for a short while was featured in world-wide radio broadcasts from Long Beach.

These days, the LBMB plays a four-shows-a-week, six-week summer concert series in parks throughout Long Beach. Curtis estimates that the Band plays for about 10,000 people a week during the summer. The repertoire is mostly upbeat and well-known "park music," as Curtis describes it, but he isn't reluctant to make the band programs eclectic and occasionally challenging to the listener.

"I try not to lecture," said Curtis, "but I try to find some kind of human interest thing about the music and the composer, something that the audience can latch onto."

Curtis, whose wife Linda teaches elementary-level music in Orange County and whose son Kurt is a band director at Disneyland, brings a well-rounded resume to the LBMB.

Growing up in Texas, Curtis began his musical career as a drummer.

"Back then," said Curtis, "you couldn't major in percussion. It wasn't considered a legitimate major, so I went out, bought a clarinet and changed my major to clarinet. My great-grandfather was a violinist and I had his violin, so eventually I played violin in the orchestra, clarinet in the band and drums in the jazz group. I think that's what gave me an appreciation of the wide variety of music."

Curtis did his undergraduate work at East Texas State, became a graduate assistant at Colorado State, then moved out to California to teach band and orchestra. At age 31, he was recruited by California State University, Long Beach to join its staff as an assistant professor. After a 25-year career at CSULB, Curtis became band director of the LBMB.

Curtis has the pleasure of conducting some of the finest symphonic, jazz and studio players in the area. Curtis, who has guest-conducted with the Los Angeles Philharmonic Orchestra and the Pacific Symphony, says his job with the LBMB is, "the most refreshing of my entire life."

There are 47 individually-mic'ed musicians onstage at every LBMB show, with around 10 musical subs available as well. Sometimes a sub player will come in with a somewhat jaded idea about what a "park band" is like, but "by the second number in rehearsal they're on the edge of their seat, and you can tell they're thinking, 'Man, these guys can really play!' I love watching that," remarked Curtis.

After the LBMB concert season, Curtis likes to unwind on the ocean. An avid sailor, he and Linda have sailed to Hawaii twice and have powerboated to destinations from Seattle to Acapulco. Chances are, the two musicians will be spending their downtime enrichening their spirits with a steady diet of music.

"I think music is the finest of the fine arts," said Curtis. "Music itself has no emotion. We attach our emotions to a certain sound."

"I don't conduct notes and beats," said Curtis. "I try to convey to the ensemble the emotion of the piece.  You don't have to teach anybody to cry. Those things are just innate in the human spirit."