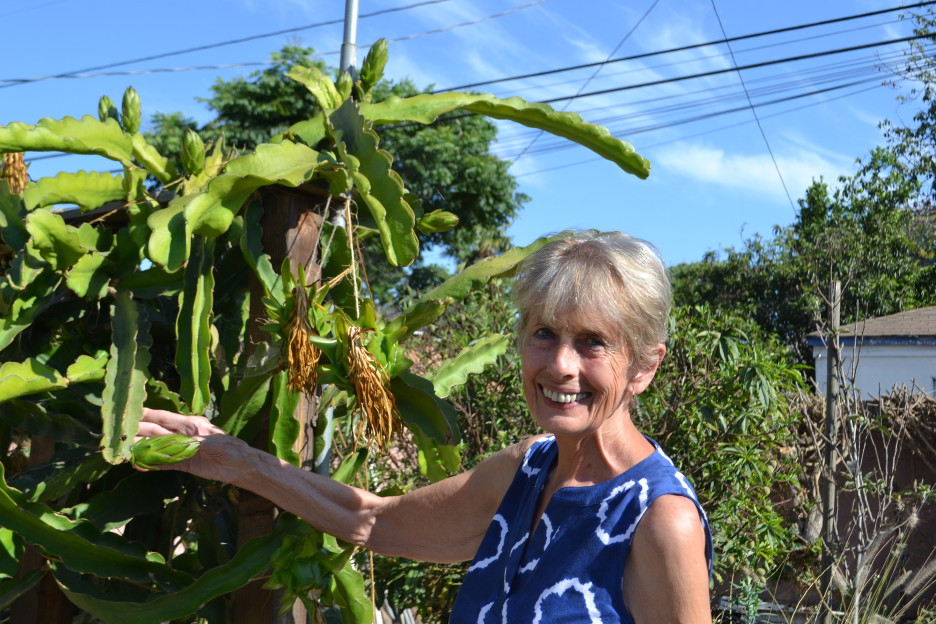 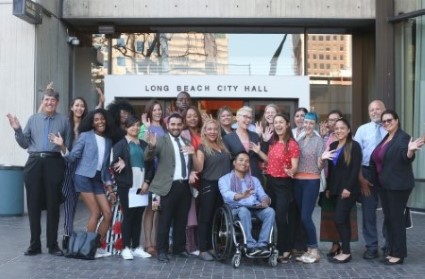 A group of about 30 Long Beach residents gathered for one of the final meetings for this year’s Neighborhood Leadership Program (NLP). Participants made their way to the front of the room, one by one, sharing personal stories and items of significance with the class. For Pat Long-San Jose, it was a poem from her grandfather titled, “The Winning of the Prize,” which he had written for her when she won first place at a talent show in 1957.

“Now atop our kinship mountain waves this banner from the staff, but the story of the victory, we can never tell the half,” read Long-San Jose. “Never sweeter was our champion, never more aglow, than while playing Grieg’s Concerto on the Amateur Show.”

The story of victory never ended for Long-San Jose, whether she was playing the piano, working as a nurse practitioner, or organizing for her local neighborhood association.

For most of her life, Long-San Jose spent her time taking on several roles in her nursing career. From supervising clinics, all over Los Angeles, to working home cases out of a registry, and helping patients in critical care.

At Long Beach Memorial Hospital, she was chosen for a new position managing cases among groups of patients. This role presented the opportunity for her to travel around the country as a representative of the hospital meeting prestigious doctors who had written books on cardiology.

“When you’re a nurse for a really long time, you do get a lot of leadership skills,” says Long-San Jose. “I decided, when I went back to be a nurse practitioner, I don’t want to be in management. I want to be educating the patient, the family. This is where it makes me the happiest.”

Growing up, Long-San Jose described her living situation as “here and there.” It wasn’t until she moved to Long Beach more than 45 years ago that she finally felt she had truly joined a community. So, when issues came up in her neighborhood, she wanted to make sure they were brought to the City’s attention.

Long-San Jose began attending monthly community meetings run by former Councilman Jerry Schultz. With his support, she and her husband Dave started the Coolidge Triangle Neighborhood Association, helping community members clean up their streets and distributing newsletters throughout the neighborhood.

One of their most popular events is the annual yard sale, where one year had nearly 90 individual yard sales participate. They’ve also written grants to have approximately 100 more trees planted in their area.

Now with more free time, Long-San Jose decided it would be a good opportunity to find more up-to-date ways to communicate with her neighbors, and she enrolled in the NLP in early 2018.

“My first sort of goal was, if I could understand better how to use the social media, maybe I could communicate with my neighbors better, so I don’t have to go door-to-door,” says Long-San Jose.

Long-San Jose and her team hosted a financial empowerment event at Ramona Park last month. The event included several speakers who educated attendees on saving, investing and making smarter financial decisions. There were also booths hosted by private companies and a credit union, and free giveaways for attendees.

“All the people that were there got something out of it,” Long-San Jose says. “It’s important for everybody.”

With the skills gained through the NLP, Pat is even better prepared to resolve conflict, reach out to community members more efficiently, and ultimately improve her neighborhood.

“The people that are giving in a way that makes a difference by giving to other people, those are the people who are getting the most satisfaction out of their lives,” Long-San Jose says.

Long-San Jose and the rest of the NLP Class of 2018 will graduate from the program in a ceremony on August 11 this year.