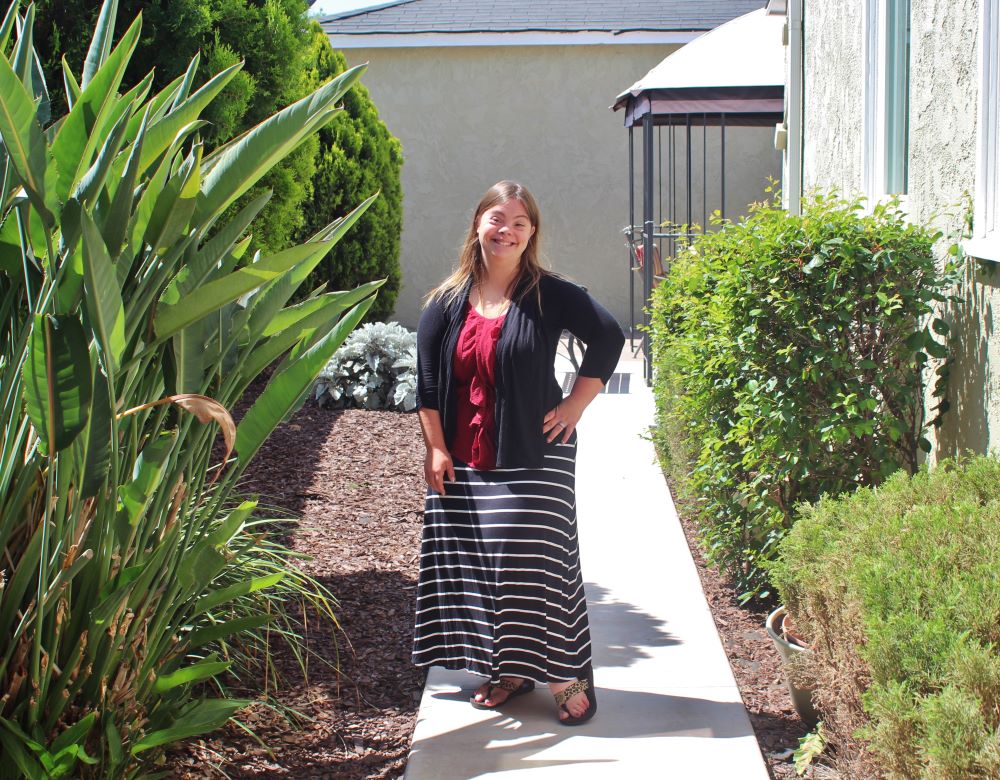 When the local organization HOPE (Home Ownership for Personal Empowerment) created Banner Homes, an affordable housing unit for young adults with developmental disabilities, it probably had no idea it would become the home of an award-winning celebrity.

Cristina Sanz, a Long Beach native and one of seven residents of the development, won an Emmy Award last year as part of the cast of Born This Way, a reality show on the A&E Network, which follows the lives of seven young adults with developmental disabilities. 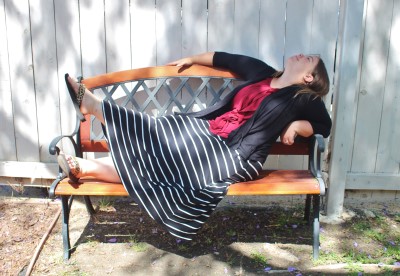 Cristina was born with Down syndrome, which is caused by an error in cell division during the embryonic phase of human development.  It has not stopped her from becoming a funny, loving, generous person who is beloved by the folks she volunteers for at the Long Beach Senior Center, and by her legions of fans who got to know her through Born This Way.

"I was shocked and emotional," says Sanz about the night the cast of Born This Way was presented the Emmy by High School Musical star Vanessa Hudgens. She was so excited, she lost a shoe while running to the stage.

"When Beatriz and I got here," says Mariano, "2nd Street was closest to a European feel.  Now there are many walking neighborhoods in Long Beach.  The town has a very good blend of urban and suburban feel."

Cristina grew up attending Long Beach public schools.  She studied ballet, became an athlete (she has Special Olympics medals hanging on the wall of her bedroom) and made her high school drill team on her second try.  During one of the seasons of Born This Way, she was a contestant in the Emerald Ball dance competition.

At Banner Homes, Cristina can live independently and hone her life skills. There is an on-site mentor from the organization California MENTOR available 24 hours a day to assist the seven residents.

"This is not a 'group home' where you have to check in and check out," says Mariano.  "We're trying to get away from the idea of a group home and into the idea of an independent living space."

Banner Homes, which celebrated its grand opening in May 2017, is one of five sites acquired by HOPE with City funding.  Banner is reserved for extremely low-income individuals earning 30% of the area median income and rents are based on 30% of household income.  The project also offers a unique combination of enhanced independence, on-site services, and access to intensive services and case management at Harbor Regional Center.

"In a small building like this," adds Mariano, "people with disabilities become part of the community."

"Beatriz and I are very aware of how much Long Beach has helped," says Mariano.  "The City is involved and committed to people with disabilities."

During her studies at Long Beach City College (LBCC), Sanz also got acquainted with the Long Beach Senior Center.

"The Senior Center was very instrumental when Cristina was at LBCC," says Mariano, a middle school counselor whose career in education spans 30 years.  "Students in Cristina's program would go down to the Senior Center to use the kitchen.  They liked her so much that when she left LBCC, they asked her to come back as a volunteer.  She's been there for over six years now." 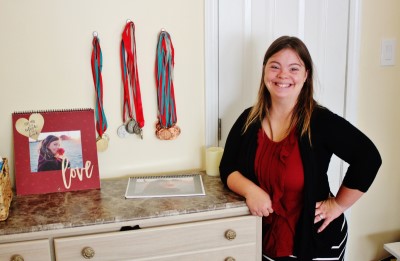 Mariano brought Cristina to his school as a

volunteer, and, once again, she was liked so much that she was hired on as a full-fledged staff assistant.  Her job description includes hall monitor duty ("Stop running!  Tie your shoes!") and helping the faculty by visiting each classroom every day, copying down homework assignments for the after-school support staff.

Cristina and her family get together for a meal every Sunday—her family home is walking distance from Banner Homes.  The Sanz family is getting ready for its annual trip to Spain.  Meanwhile, Cristina enjoys the amenities of her neighborhood, attending Zumba classes at the local gym and shopping at neighborhood markets.

"I was always Daddy's Little Girl," says Sanz "but here, I can do whatever I want."