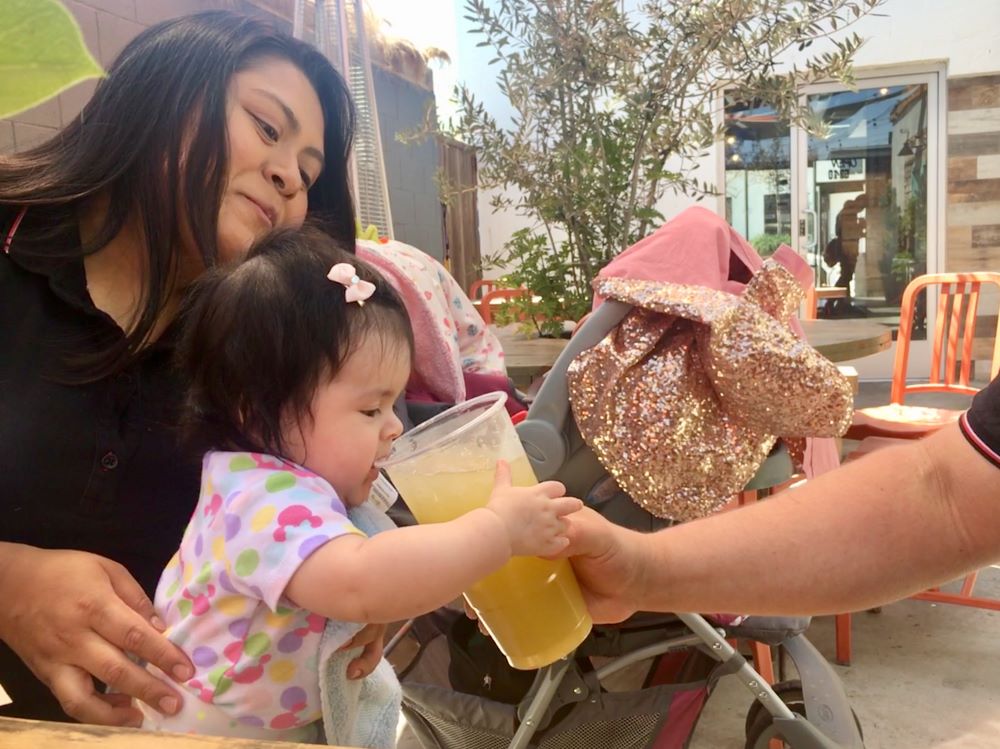 Within months, Aguas Way went from a dream to a successful reality, serving aguas frescas, loaded fries and Mexican food to the Long Beach community, and it couldn’t have been done without the resilient bond of the local Sandoval family who runs it.

Located on Long Beach Boulevard on the north side of Long Beach is a hip and modern eatery, where locals can sit back and watch television or sit on the patio, decorated with hanging lights, orange chairs made out of recycled Coca Cola bottles and custom-made contemporary large tables.

The front counter is decorated with an array of colorful juices made fresh every day by the family matriarch, Lupe Sandoval.

Long before the restaurant, the family always enjoyed their mom’s fresh fruit drinks at gatherings. This inspired owner Leoh Sandoval to form a business around it. After some discussion, the whole family was on board, though none of them had any real previous restaurant experience.

“What should we name it?” Sandoval recalled asking his family.

After throwing some ideas around, his brother Junior jokingly said, “Aguas guey!”

In a different context, the term “aguas” also means “watch out,” and “guey” could mean dude or stupid, according to Sandoval. Without further consideration, Aguas Way became the official name.

“I would say 80 percent of our customers that are Hispanic just love the name,” Sandoval said. “Our shirts sell just because they say, ‘Aguas Way,’ because it’s used by most Hispanics. It’s catchy.”

While searching for a location, Sandoval ideally wanted to find a place that was walking distance from his home in North Long Beach. In May 2016, he and his brother found the building of a former meat market for sale, located on Long Beach Boulevard.

“I kind of wanted to do something different and make it seem like you’re somewhere else because there’s nothing to do in this neighborhood,” Sandoval said. “So we wanted to bring that feeling like Downtown, Second Street or the Bixby area, Arts District, up [North], where you can walk, have a nice dinner, relax and watch some TV.”

Sandoval, an architectural designer who has previously customized restaurants; his brother, a contractor; and his brother-in-law Hector Santillan spent the next four months after purchasing the run-down building installing new plumbing, electrical, two bathrooms, a new kitchen, concrete, walkways, landscape and more.

Aguas Way officially opened up on the first of January 2017. Six siblings and their spouses keep it up and running. Santillan now works as the cook. Though he hadn’t previously made food beyond family barbeques, he discovered his passion, and it translates into the food he serves, Sandoval said.

Naturally, the family is now closer than ever. Every day, they have breakfast together at the restaurant. Sandoval also noted that he now gets more time to spend with his daughters, since his wife is also busy working there.

“Everybody has put a lot of work into this place,” he said. “But we love it. We all live together in the same building, but we hardly saw each other. Here, we see each other all the time.”

“Any amount is helpful,” Sandoval said. “They could go to purchasing some of the equipment or paying some of the bills. […] In the future, hopefully, I can do more stuff with the building and paint outside, help redo the parking lot, just beautify the neighborhood.”

Ingredients for the restaurant are bought from local farmers, butchers, artisanal bakers. Some of their fruits are also grown in their own yard. Sandoval plans to grow tomatoes, herbs, chilies, fruits and even avocado trees at the restaurant.

Though the Sandovals had little knowledge in how to run a business, their strong bonds and willingness to learn are what have made Aguas Way successful.

“Everything is going to be a challenge sometimes.” He added. “It’s still a little difficult some days. We are trying to get this off the ground, perfect it. Every day, we are learning something new.” 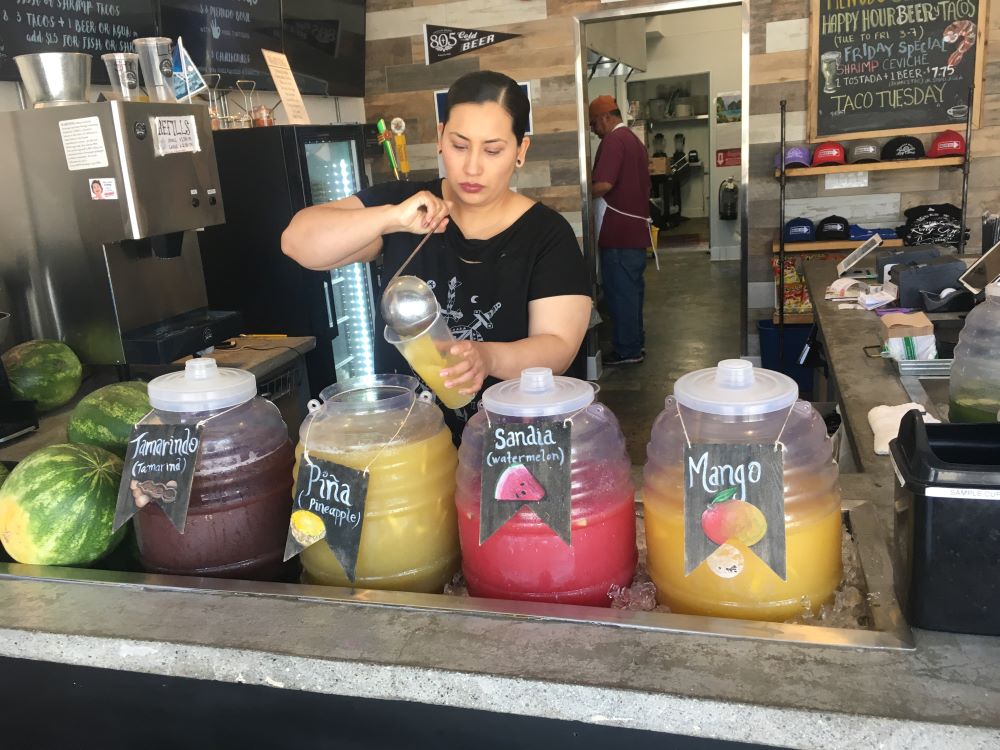 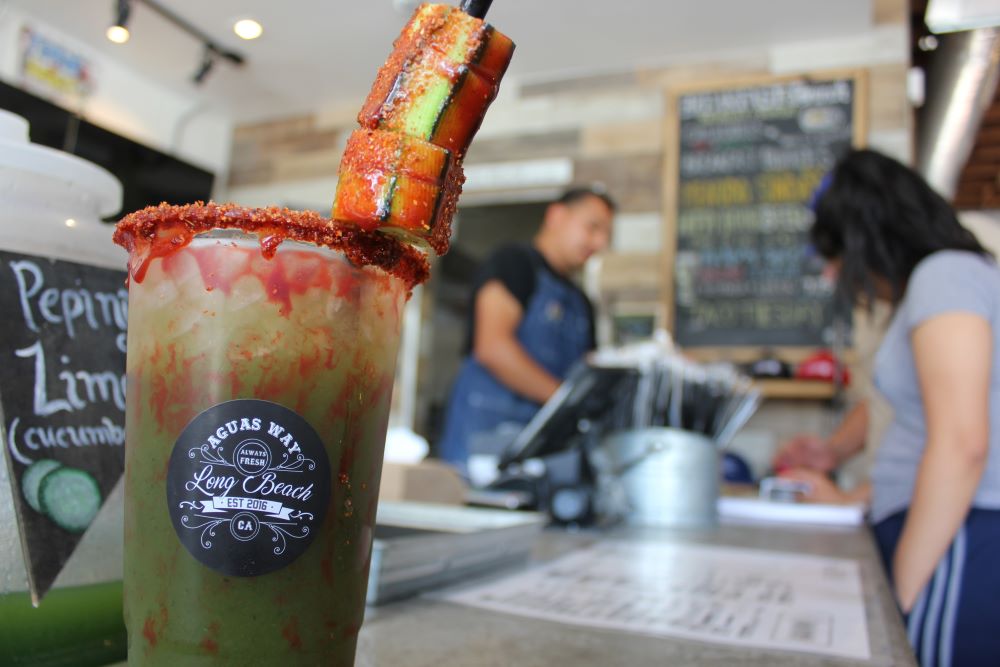 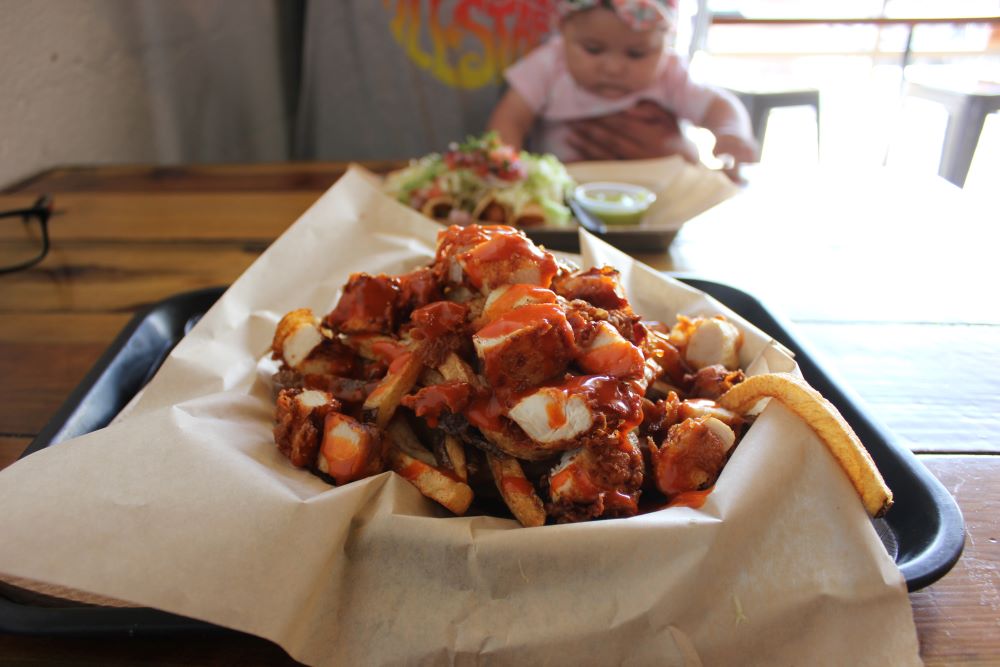 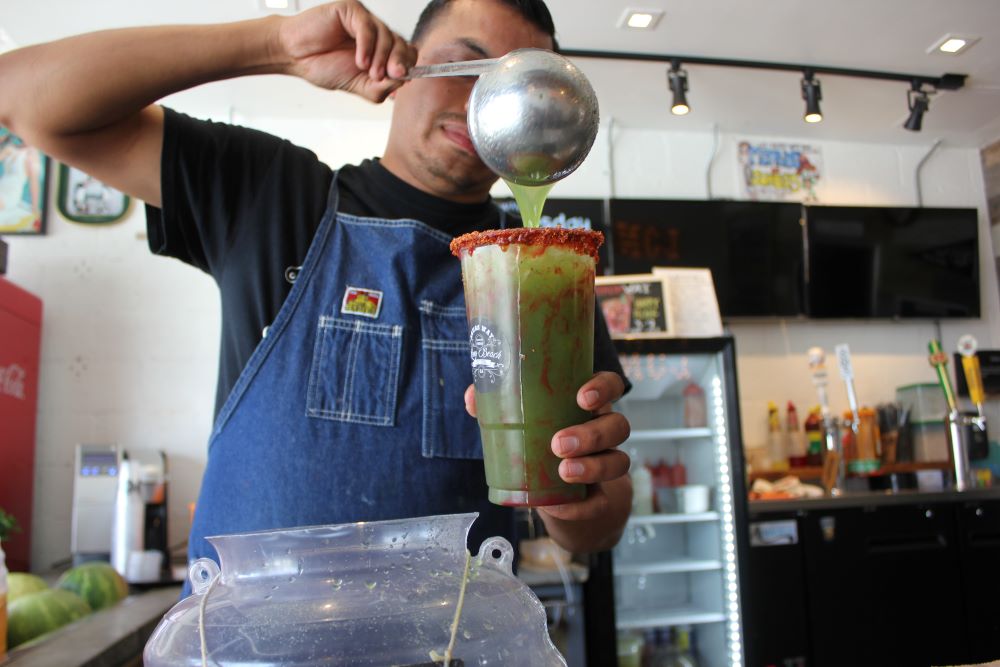