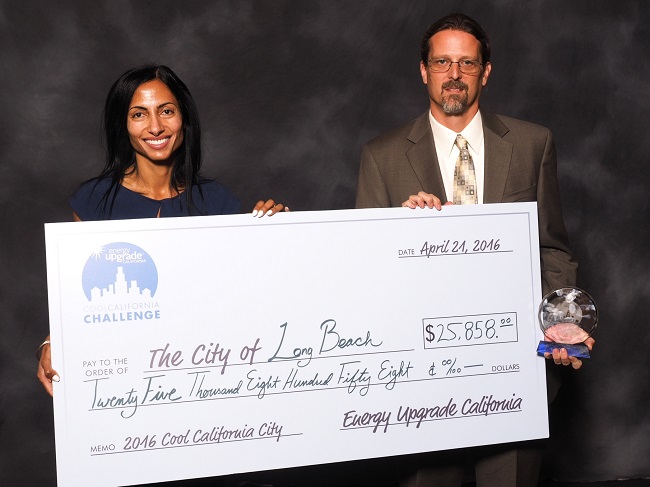 
The City of Long Beach came in 2nd among 22 participating cities in the CoolCalifornia Challenge for 2015-2016. The competition, hosted by Energy Upgrade California, challenged cities to engage local organizations and teams of residents to reduce our collective greenhouse gas emissions. Households joined Eco Teams and recorded their gas and electricity consumption as well as energy saving actions to tally up 1.2 million points for Long Beach, and win cash prizes for local schools and nonprofits.

The CoolCalifornia Challenge was a wonderful opportunity to engage our diverse communities in awareness building and climate action that will make our city and our society truly sustainable. 10 Eco Teams were established, engaging almost 500 households across Long Beach. Three of these teams earned over 100,000 points to qualify for cash awards, and contributed over half of Long Beach’s total points. These top three Eco Teams were:

This was Long Beach’s second year participating; in 2014, Long Beach took 4th place in the competition, winning over $11,000. With increased community effort this year, Long Beach took 2nd place, was recognized as a “Cool California City,” and received over $25,000. A portion of these funds were given to our top three eco-teams in recognition of their achievements, and the remainder will be used to support sustainable programs here in Long Beach. We are proud of Long Beach’s participation this year and looking forward to CoolCalifornia 2017. Will you join us?