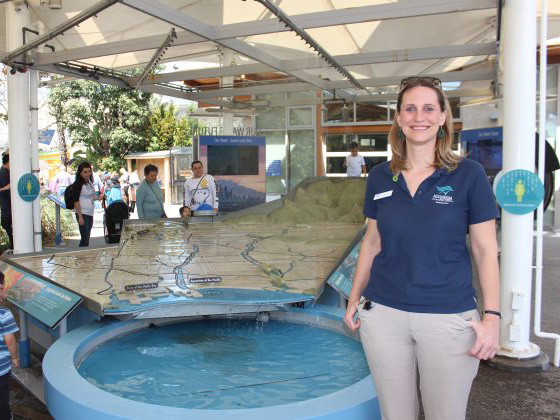 Though observed on April 22, Earth Day has grown beyond a single-day celebration. In the City of Long Beach and throughout the world, the entire month of April is devoted to acts of environmental veneration: from cleaning up streets to planting trees and networking with sustainable businesses. The Long Beach government has created an entire events calendar for Earth Month 2019. It began on April 5, with the Longview Litter Patrol at 2755 Orange Ave., and ends April 27-28 with the Earth Day Festival at the Aquarium of the Pacific.

There is no shortage of neighborhoods, nonprofits, city departments or businesses doing their part to keep Long Beach clean and green. As Kathleen Rogers, president of the nonprofit Earth Day Network, told the Business Journal, “Nobody sits around on Earth Day. It’s not a self-congratulatory event. It’s a work day. People do Earth Day not by taking a day off but actually doing something to help their community.” Earth Day Network works globally to recruit volunteers for Earth Day initiatives. More than 1 billion people now participate each year, according to the organization.

In the spirit of Earth Month, the City of Long Beach has created the #GoGreenPledge, which encourages residents to make a personal commitment to conserve resources and reduce waste during the month of April. Residents can commit to as many as six pledges outlined by the city’s office of sustainability. “We’re asking people to replace car trips, volunteer at some events, plant native plants, refuse to use plastics, take shorter showers or contribute to the [city’s] climate action and adaptation plan,” Courtney Chatterson, communications specialist for the office of sustainability, said.