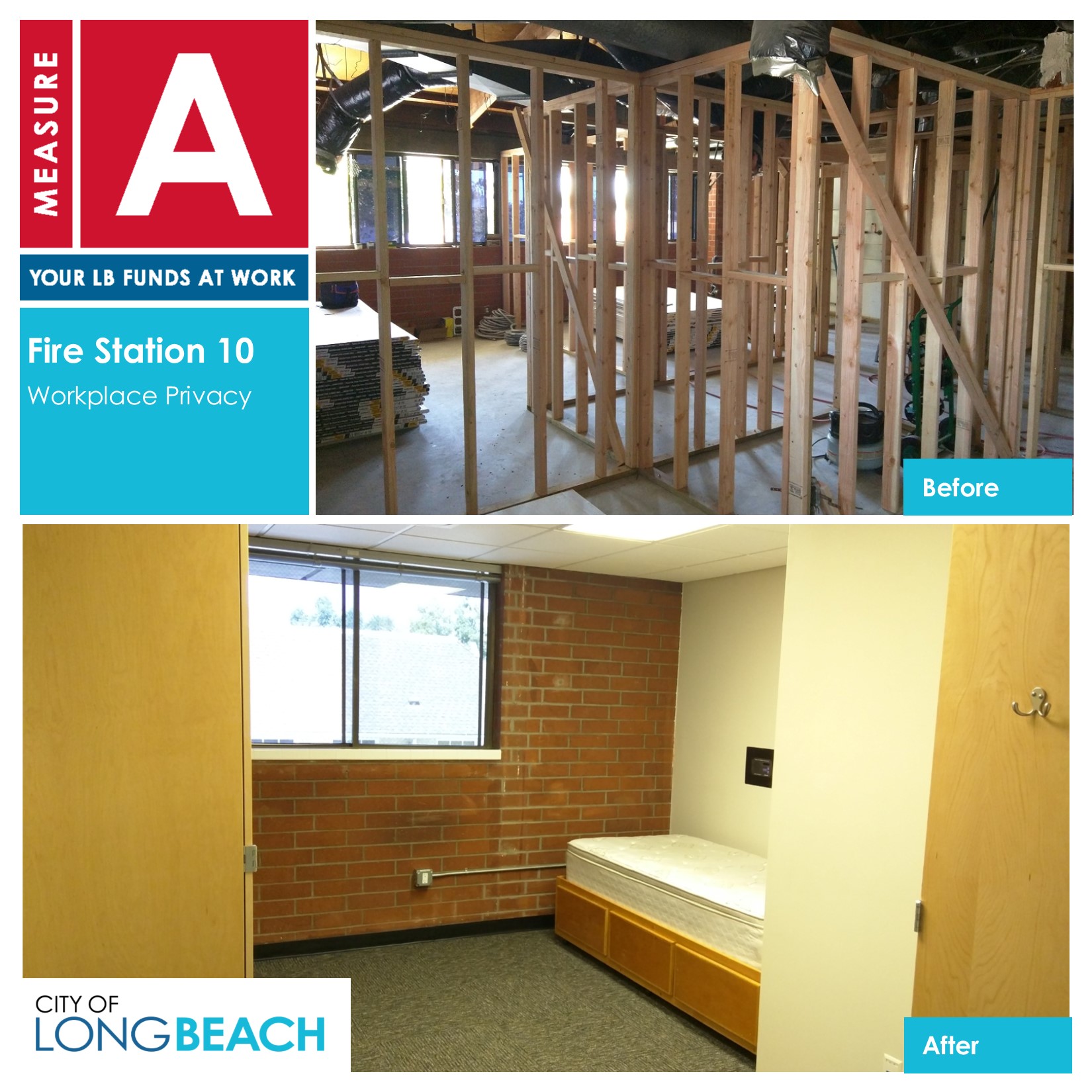 The City of Long Beach’s fiscal year started afresh this week. The new budget cycle also marks the beginning of year two for Measure A (2016), a ten-year, sales tax commitment made by voters which prioritizes public safety and infrastructure citywide from the new revenue source.

“Last fiscal year, we restored Fire Engine 8, Rescue 12, and reestablished the Police South Division and Police Academy staffing. Those efforts were of tremendous benefit to the public, reducing response times and making personnel more accessible. We also began a historic investment in infrastructure, which has included the development of an alley management plan and slurry sealing 142 lane miles of eligible streets, to date,” said Mayor Robert Garcia. “In the 2018 budget we will be able to maintain and enhance the funding of public safety personnel, and invest in a maximized number of Police Academy recruits, safety camera modernization, and infrastructure work to streets, sidewalks, parks, libraries, and other public facilities—every neighborhood in Long Beach will see the benefit.”

In Fiscal Year 18, $26,311,739 has been allocated for infrastructure, which will include: eight park projects including the long-awaited renovation of Houghton Park; the enhancement of thirteen public facilities including Harte, Bach, and Mark Twain libraries; six mobility projects including the paving of dirt alleys, and improvements to the City’s stormwater system to reduce flooding and the impacts of heavy rain. A full list of 2018 infrastructure projects can be found, here. 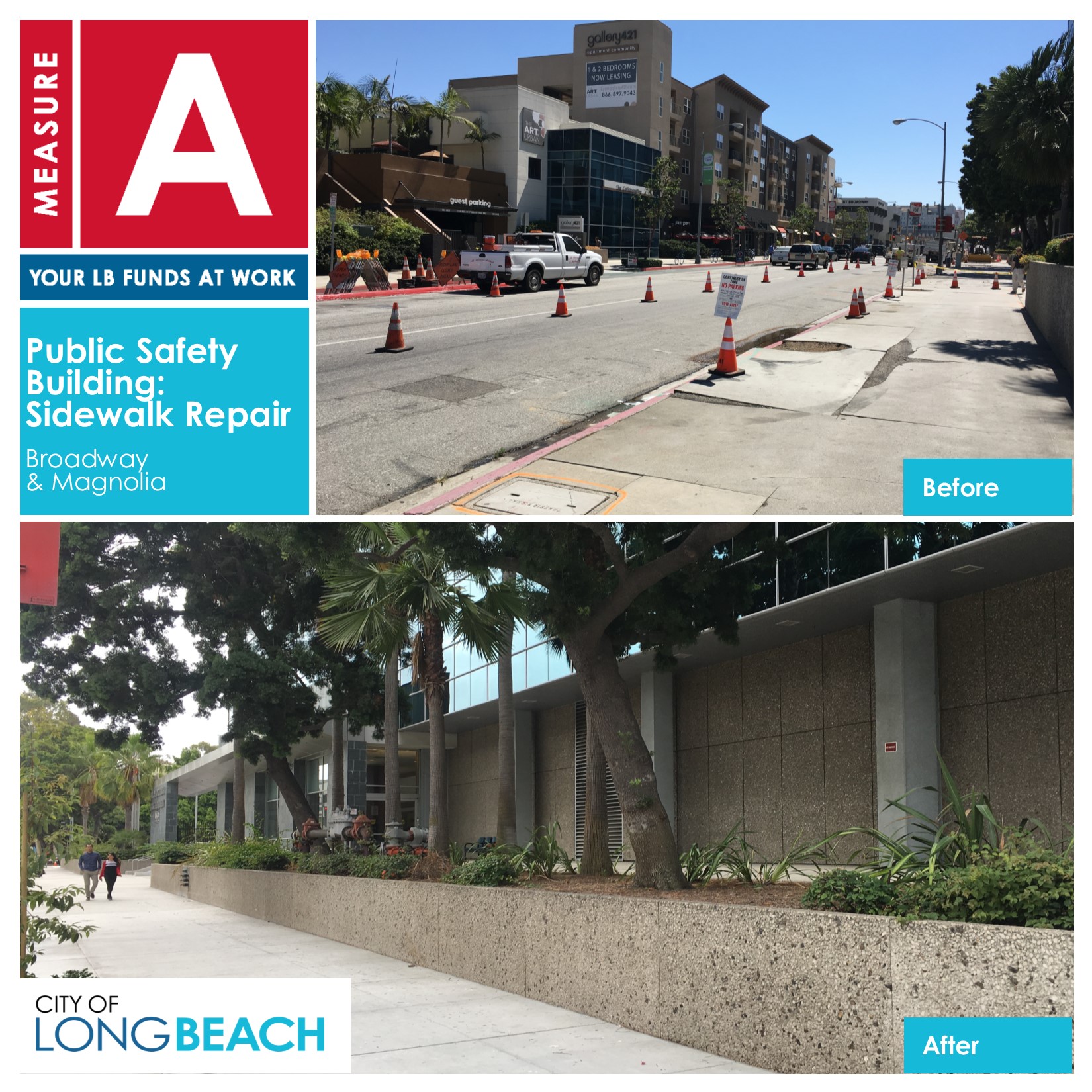 The Fiscal Year 18 budget also includes an investment of $20,697,721 in public safety. Measure A will fund the preservation of the restored Engine 8, Rescue 12, and reestablished Police South Division and Police Academy staffing. Funding will also cover a maximized number of Police Academy recruits, and provide funding for a Neighborhood Safe Streets Initiative and new and upgraded safety camera technology. In total, Measure A restores and maintains 37 full-time public safety employees (since 2017), and preserves 53 sworn full time employees, to date.

A Look Back at Measure A, Fiscal Year One (2017) Accomplishments:
At the close of Fiscal Year 17, Public Works had 34 active Measure A infrastructure projects. Work on the Naples Bridge and Phase I of the Police Headquarters repairs have been completed. Work on Fire Station 10, Martin Luther King Jr. Park Community Center, MacArthur Park Community Center, and Fire Station 7 are expected to be completed this month.

Without the support of Measure A to fund Police Academy operations, the Police Department would have continued to be challenged in recruiting and training new police officers. Measure A made it possible to train and graduate 38 police officers this past March. Sixty-three police recruits were selected to participate in the latest Academy class from more than 1,800 applicants.

The Police Department’s South Division in the Public Safety Building remains under construction and is expected to be completed this year. However, South Division staffing and operations were restored as of February 11, 2017. As of August 31, 2017, the South Division has responded to 42,564 calls for service.

About Measure A
In 2016, Long Beach voters recognized a pressing need to maintain and enhance public safety services and invest in City infrastructure. Thanks to the passage of Measure A, Fire Engine 8, Paramedic Rescue 12, Police South Division, and Police Academy operations have been restored, enhancing public safety citywide. The City is also making a historic investment in revitalizing heavily utilized public spaces such as streets, libraries, community centers, and parks. Anticipated to raise $384 million over ten years for the City of Long Beach, Measure A is collected as a one percent sales tax for the first six years, and then reduces to half a percent in the four years before it sunsets. For more information, visit: www.longbeach.gov/MeasureA