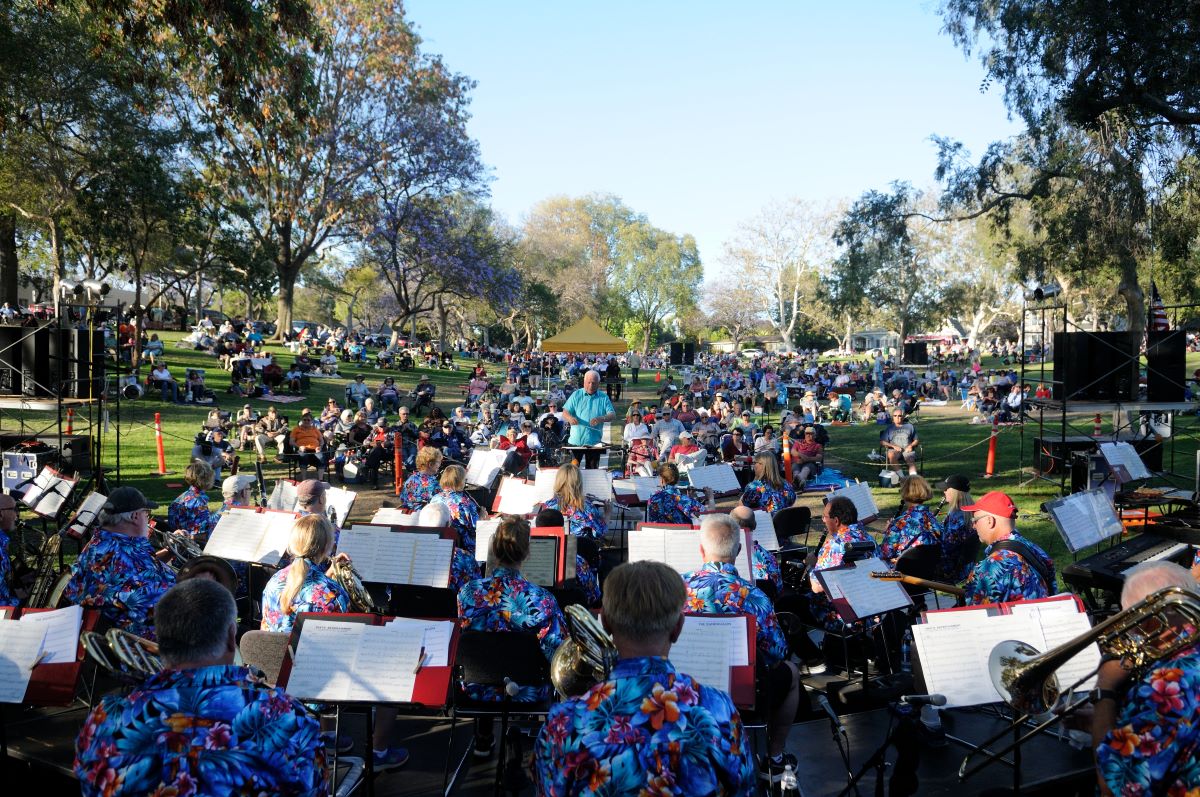 The Long Beach Municipal Band will celebrate their 110th season with free outdoor summer concerts in Long Beach parks, from June 25 through August 2, 2019, with a different theme every week. All concerts begin at 6:30 p.m.

“The Long Beach Municipal Band is one of the best things about summer in Long Beach,” said Mayor Robert Garcia. “At 110 years, it is the longest running municipal band in the country and provides a chance for neighbors and families to gather for relaxing evenings of picnicking, entertainment and great music.”

"The old-fashioned concert in the park is one of the finest family entertainment experiences available," said Conductor Larry Curtis. "Many who attend the concerts bring picnic dinners and blankets or lawn chairs. It’s a very festive atmosphere."

The concert series is made possible with sponsorship from the Departments of Parks, Recreation and Marine, Energy Resources, Long Beach Recycling, the Port of Long Beach, Partners of Parks and the Friends of the Long Beach Municipal Band. A list with every weekly theme is below. A full schedule, with dates and concert locations, is available at http://bit.ly/MunicipalBand2019.

Week 2 (July 2-5; no concert July 4) — Indivisible, with Liberty and Justice for All. In honor of Independence Day, enjoy a program of patriotic music with vocalist Becky Martin and the Studio Band.

Week 3 (July 9-12) — A Constellation of Stars. Chart-topping hits will be the theme of week 3. Tony Galla will sing with the Studio Band.

Week 6 (July 30 – August 2) — Toot, Whistle and Boom! This concert will showcase compositions that involve audience participation including the “1812 Overture.” Nicole Kubis will end the season with the Studio Band.