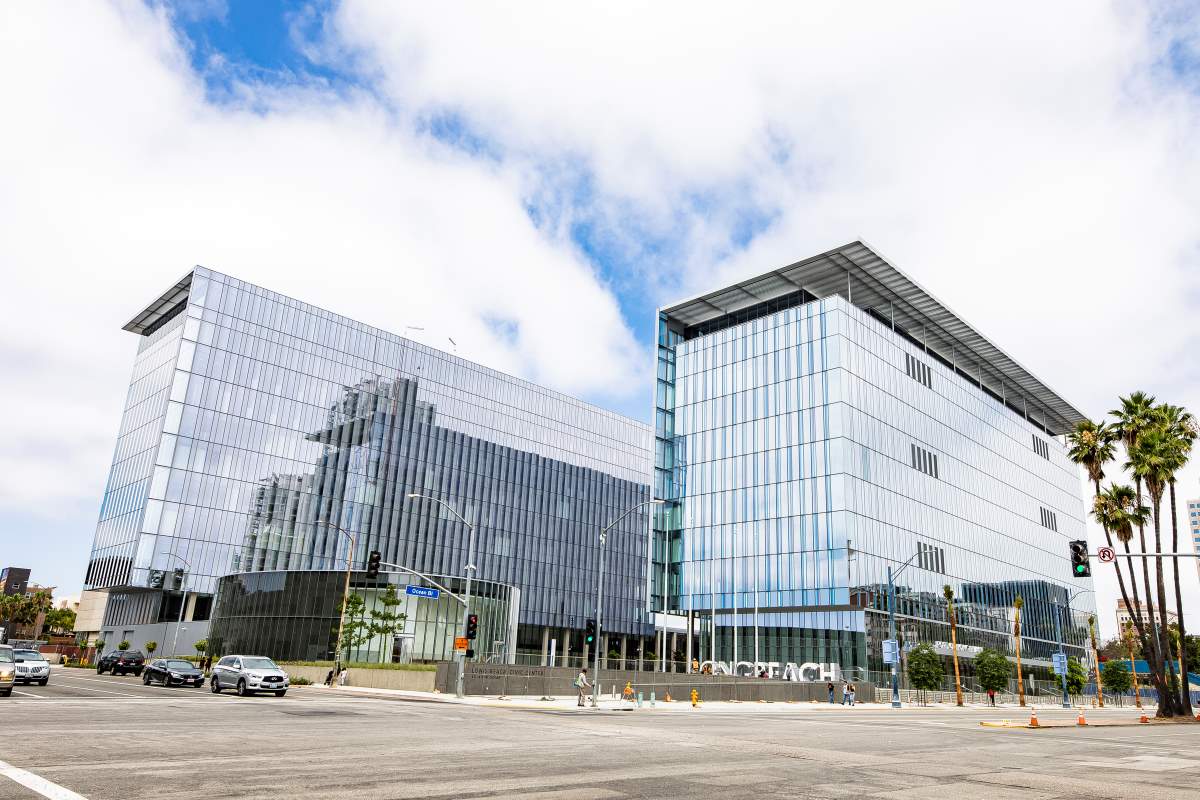 On Monday, July 29, the City of Long Beach will celebrate the grand opening of the new Civic Center, which includes a new City Hall, Civic Chambers and Port Administration Building. The event, which is open to the public, will take place from 6 p.m. to 8 p.m. on the Long Beach Civic Center Plaza (411-415 W. Ocean Blvd.).

During the grand opening, the plaza will be activated with activities, resources and a DJ. People will be able to take commemorative photos at two digital photo booths and the new “LONG BEACH” sign and learn more about the City at informational tables from various departments. Two food trucks and a dessert truck also will be on site.

“The new Civic Center represents not only the new home of our local democracy, but a symbol of our city’s future,” said Mayor Robert Garcia. “The project is driving economic investment and a revitalized Downtown.”

The grand opening marks completion of the first phase of the revitalized Civic Center development, which also includes a new Main library, opening on September 21, 2019, and a revitalized Lincoln Park, which is expected to open in 2021.

“Downtown is the heart of Long Beach,” said Second District Councilmember Jeannine Pearce, who represents the area. “This is reflected in the new Civic Center Plaza, the Main Library and Lincoln Park. These new buildings are the jewels of Long Beach and bring everyone together, fostering civic pride and delivering progress.”

The centerpiece of the grand opening celebration will be a ceremony with a special musical performance, speakers and a flag-raising ceremony.

“The Board of Harbor Commissioners believes that being next to both City Hall and the harbor is the ideal location for the Port Administration Building,” said Harbor Commission President Tracy Egoscue. “This facility will strengthen the Port’s ability to generate economic opportunity and thus better serve the community.”

Following the ceremony, the community will be able to tour the lobby levels of the new City Hall and Port building, City Hall’s second floor Permit Center as well as the Bob Foster Civic Chambers.

“The hard work of many City employees and our partners made this day possible,” said City Manager Patrick H. West. “We are proud to present to the community a City Hall that is seismically safe and environmentally sustainable, with improved services for members of the public who conduct business at City Hall.”

“This Civic Center is a true reflection of the Port City that we are,” said Port of Long Beach Executive Director Mario Cordero. “We look forward to showing the Civic Center to the public for the first time.”

Free parking for the grand opening celebration will be available at the Pike Parking Garage (65 Cedar Ave.) on a first-come, first-served basis. Attendees are encouraged to take public transit or carpool if possible.

The current City Hall, located at 333 W. Ocean Blvd., will officially close at noon on Friday, July 26. The new City Hall, located at 411 W. Ocean Blvd., will be closed to the public on Monday, July 29 but will resume regular hours (7:30 a.m. to 4:30 p.m.) starting Tuesday, July 30. The City is planning on a smooth transition for public services. However, with any change of this magnitude, the public might experience longer wait times during the weeks leading up to and directly following the move. For more information about the new Civic Center, visit http://longbeach.gov/pages/city-news/new-city-hall-faqs/.

About the Port of Long Beach

The Port of Long Beach is one of the world’s premier seaports, a gateway for trans-Pacific trade and a trailblazer in goods movement and environmental stewardship. With 175 shipping lines connecting Long Beach to 217 seaports, the Port handles $200 billion in trade annually, supporting one in five jobs in Long Beach and more than 575,000 Southern California jobs.