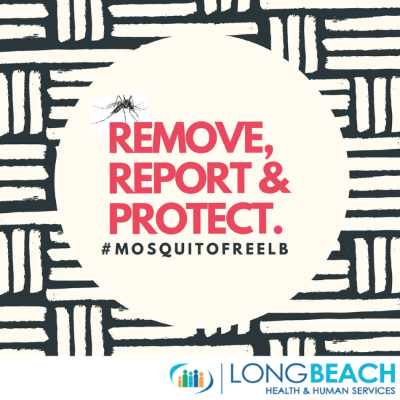 The Long Beach Department of Health & Human Services (Health Department) is ramping up education efforts by launching the “Remove, Report and Protect” campaign during the 2018 mosquito season. Temperatures are warming up and residents are already reporting mosquito activity in their neighborhoods.

“Last year was one of our busiest mosquito seasons on record, as we found the Aedes mosquito for the first time in Long Beach, which has the potential to transmit disease not typically found in Southern California such as Zika, Dengue, and Chikungunya,” said City Health Officer Dr. Anissa Davis. “In addition to Aedes, we still have the Culex mosquitoes that transmit cases of West Nile Virus in Long Beach each year, which can cause significant illness and in rare cases can be fatal.”

The Health Department will be conducting a wide range of activities throughout this year’s mosquito season, including community presentations, interactive displays at events throughout the City, increased outreach to schools and providers, working to target new populations such as pets, and distributing mosquito kits and other materials to residents.

To prevent mosquito breeding around the home, residents should:

Residents are urged to report unusual numbers of day-biting mosquitoes and neglected or green pools in one of the following ways:

Residents should also protect themselves from mosquitoes by:

The Aedes aegypti mosquito, was first identified in Long Beach in June 2017 after an aggressive public outreach campaign urging residents to call and report day-biting mosquitoes to the Health Department’s Zika hotline. The Long Beach Vector Control Program has since confirmed the presence of Aedes mosquitoes in several different areas in Long Beach. Aedes mosquitoes are also known to transmit heartworm, a parasitic disease that can affect both dogs and cats.

The Culex mosquito, carrying the West Nile Virus (WNV), tends to be active during dawn and dusk. Signs and symptoms of WNV may include fever, body aches, rash, nausea, vomiting, and headache. Most people who are infected have no symptoms. Approximately one in 150 may develop a more serious disease, such as brain inflammation or paralysis. In 2017, there were 15 reported cases in Long Beach, including three deaths. In the past five years, 82% of the WNV cases in Long Beach were hospitalized, and 11% were fatal. 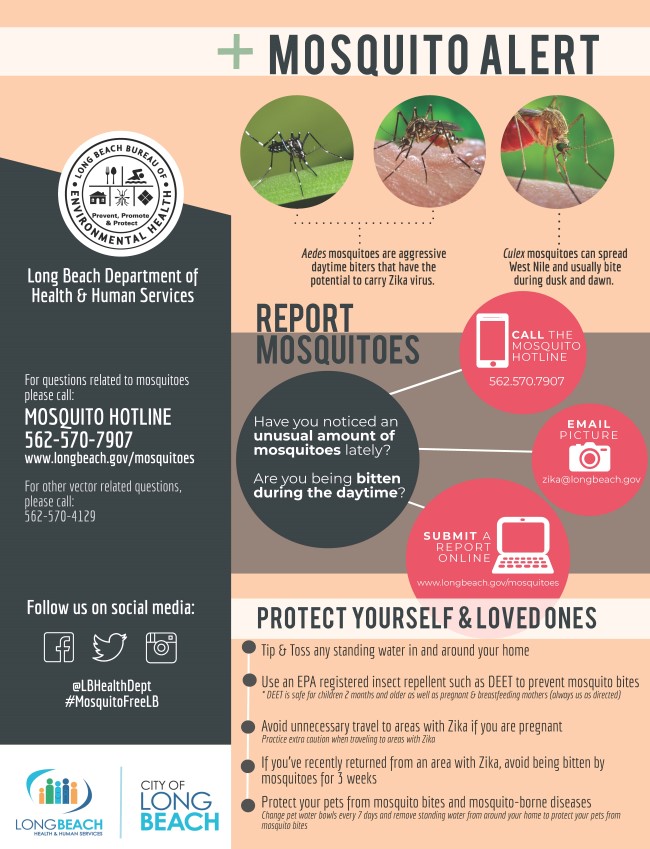 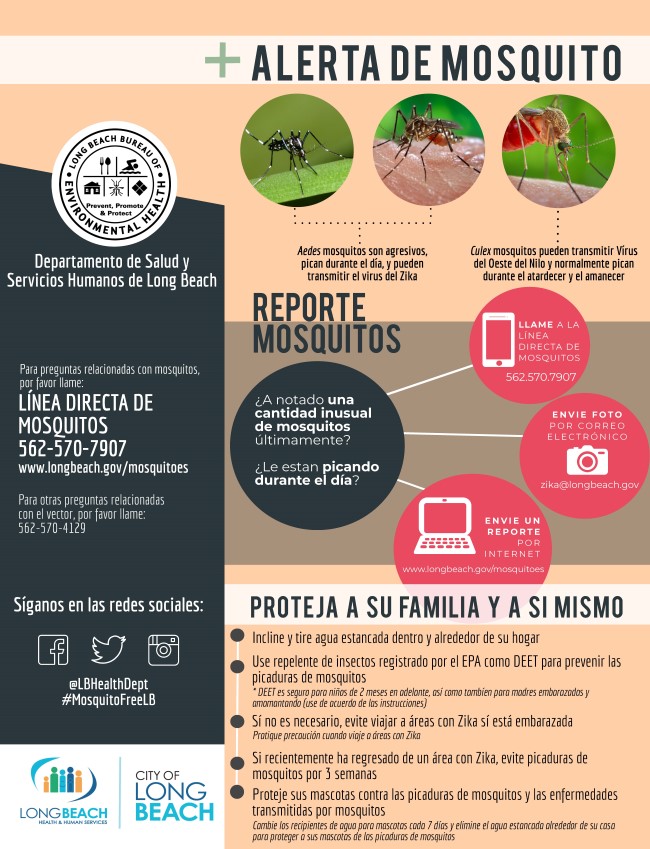