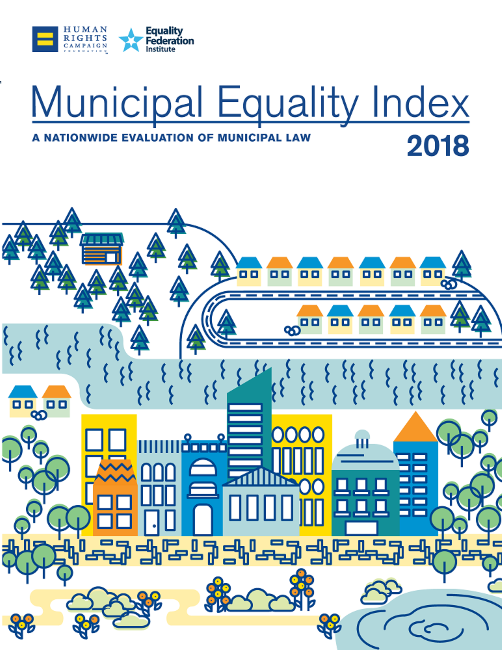 For seven years in a row, the City of Long Beach has been named one of the best cities in the nation for Lesbian, Gay, Bisexual, Transgender, and Queer (LGBTQ) inclusion in municipal law and policy. Long Beach was one of only 78 out of 506 cities nationwide to achieve a perfect score in the Human Rights Campaign's Municipal Equality Index (MEI), up from 68 last year.

“We are proud to be recognized once again for our commitment to improving the quality of life for our LGBTQ community,” said Mayor Robert Garcia. “Long Beach is and will remain a welcoming place for all.”

This year the City of Long Beach received a new record score of 100, plus eleven bonus points. Cities are rated on a scale of 0-100, with bonus points awarded for items which apply to some, but not all cities.

Long Beach tied with San Diego for the second highest ranking in the State with San Francisco taking the top spot. The three cities are the only in the State to receive a score of 100 before bonus points.

The MEI examines laws, policies, and services of municipalities and rates them on the basis of their inclusivity of LGBTQ people who live and work there. The 2018 MEI rated 506 cities throughout the nation that together, have a total population of 94.2 million.

The 506 cities rated by the MEI include the 50 state capitals, the 200 largest cities in the United States, the five largest cities or municipalities in each state, 99 cities home to the state’s two largest public universities (including undergraduate and graduate enrollment), 25 cities and municipalities that have high proportions of same-sex couples, and 98 cities selected by members and supporters of Human Rights Campaign and Equality Federation state organizations.

The Human Rights Campaign is the largest civil rights organization working to achieve equality for lesbian, gay, bisexual, transgender and queer Americans. The report is available at www.hrc.org/mei.