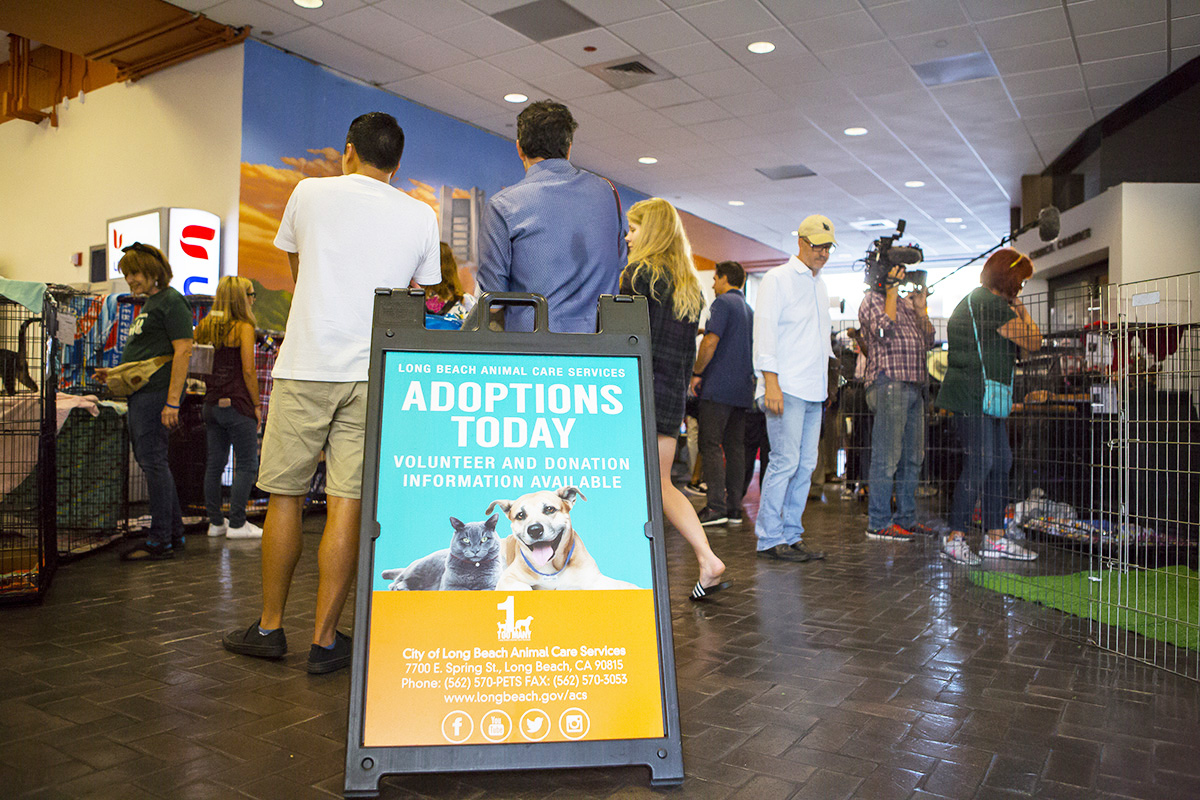 Long Beach City Hall will once again become “Kitty Hall” from 2 to 5 p.m. on Tuesday, May 21, to encourage shelter cat adoptions and promote awareness of Long Beach Animal Care Services (ACS). The event will take place on the first level of City Hall, 333 West Ocean Blvd.

“Kitty Hall connects animal lovers with cats and kittens that need forever homes,” said Mayor Robert Garcia. “We encourage people to adopt pets, and to spay and neuter their animals. We’re hoping to spread that message at Kitty Hall.”

Kitty Hall is the City’s largest kitten and cat adoption event of the year. The public is invited to play and cuddle with the kittens and cats available for adoption, and staff and volunteers from ACS will be available to answer questions about cat ownership and accept adoption applications.

Kitty Hall is one in a series of initiatives ACS has undertaken to continue the sharp reduction in the shelter’s euthanasia rate over the past 10 years. ACS has entered into an agreement with Little Lion Foundation and Helen Sanders CatPAWS, two local cat rescue organizations, for a program called the Long Beach Little Paws Project. The project, which rescues kittens too young to be adopted through its kitten nursery, is supported by up to $50,000 in City funding — saving 500 kittens. ACS also seeks rescue and other placement for sick, injured or un-weaned kittens. Healthy, weaned kittens are kept at the shelter for adoption placement at ACS or through spcaLA or are given to rescue organizations at their request.

ACS also provides vouchers to residents in the cities it serves (including Long Beach, Signal Hill, Cerritos, Seal Beach and Los Alamitos) to offset the cost of spaying or neutering their pets.

Due to these and other efforts, nearly 1,100 kittens that entered the shelter in 2018 were rescued or adopted into forever families.

“We are working hard to reduce the euthanasia rate and have seen success through recent partnerships and initiatives,” said Staycee Dains, ACS Bureau Manager. “And we are committed to placing animals into humane environments and promoting responsible pet ownership.”

At Kitty Hall, ACS volunteers and staff will share information about fostering kittens, including demonstrations on the care and feeding of newborns. The Mobile Adoption Wagg’in will be on site from 2 to 5 p.m. Spay and neuter vouchers will be available to the public at the event, along with a discounted adoption rate of $20 and other special promotions.

The goal of Long Beach Animal Care Services (ACS) is to make Long Beach the safest large city in California for people and animals through the promotion of responsible pet ownership and recreation. ACS serves 600,000 residents and pets in the Cities of Long Beach, Cerritos, Seal Beach, Los Alamitos, and Signal Hill.

Visit Animal Care Services at the P.D. Pitchford Companion Animal Village (Village) to adopt, volunteer, donate, license your pet or obtain resources regarding low-cost vaccination and spay/neuter clinics throughout the City. ACS is located at 7700 East Spring Street in Long Beach. The Village is open Wednesday through Friday from 10:00 am to 5:30 pm, Saturday and Sunday from 10:00 am to 4:00 pm, and is closed on Mondays, Tuesdays and holidays. For more information, please visit www.LongBeachAnimalCare.com.