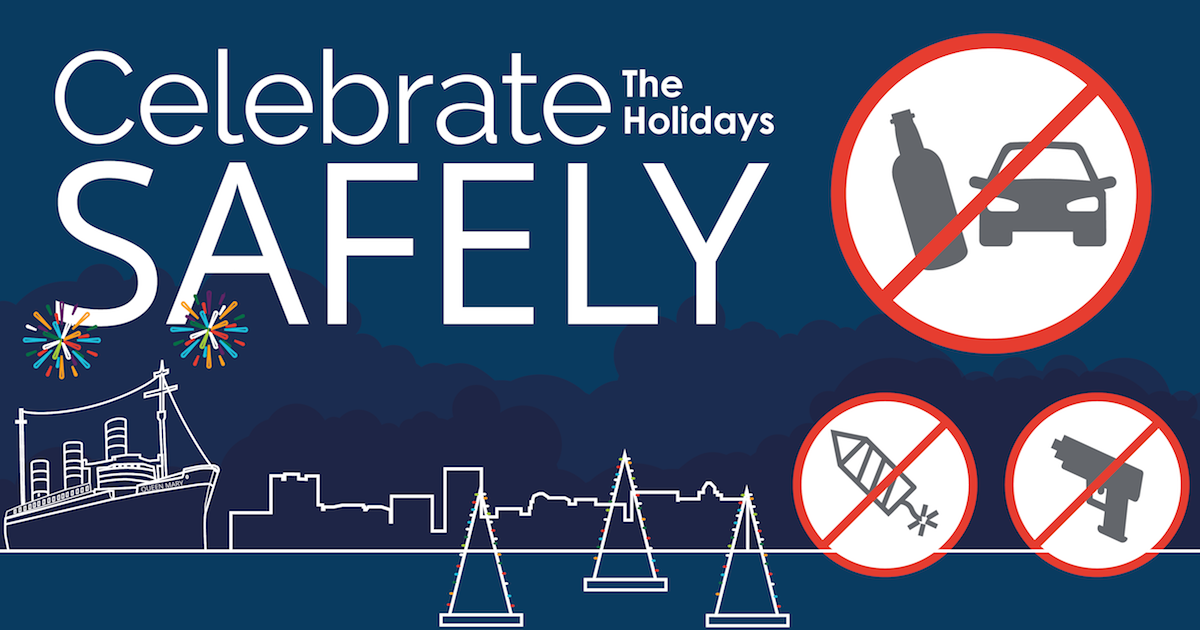 The City of Long Beach wants everyone to enjoy the holidays. The Holiday Season is a time for parties and celebrations, and the City encourages everyone to celebrate safely to avoid injuring yourself or others.

It is especially important to note the importance of not driving under the influence. According to the U.S. Department of Transportation, 781 people lost their lives in DUI-related crashes in December of 2016 alone.

Make a plan and designate a driver before attending holiday festivities. Remember that driving under the influence is more than drunk driving: it includes marijuana and some prescription and over the counter drugs in addition to alcohol and illegal drugs.

The City also urges drivers to pre-plan their routes and to refrain from texting or otherwise using their cell phone while driving.

The community is encouraged to call Long Beach Police Department to report dangerous or illegal activities. Every call matters. For non-emergency calls, please dial (562) 435-6711. For emergencies, dial 9-1-1. All calls for service provide data to the City that is helpful in communicating safety messages to the community every year.