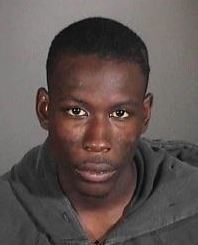 Long Beach and Signal Hill Police arrested a male suspect in connection with two sexual assault cases and it is believed that additional victims may exist.

On June 29, 2014, around 11:30 p.m., Long Beach Police were dispatched to an alley in the area of Del Amo and Long Beach Boulevards and found a 31-year-old victim who had been beaten and sexually assaulted. It appeared the suspect followed the victim from a nearby bus depot prior to the assault. Long Beach Fire Department transported the victim to a local hospital.

During their investigation, detectives obtained a photo of a possible suspect and learned Signal Hill Police Department was investigating a sexual assault incident with similar suspect description. In both cases, investigators believed the suspect used a handgun to assault the victims. Long Beach Police detectives and North Division Patrol officers worked closely to identify the suspect.

Investigators believe there may be additional victims who have never contacted police. If you have been a victim of an unreported crime or have any information regarding the incident, please contact Long Beach Police Sex Crimes Detective Luis Galvan at (562) 570-6407. Anyone wishing to remain anonymous may call 1-800-222-TIPS (8477), or text TIPLA plus your tip to 274637 (CRIMES), or visit www.LACrimeStoppers.org .