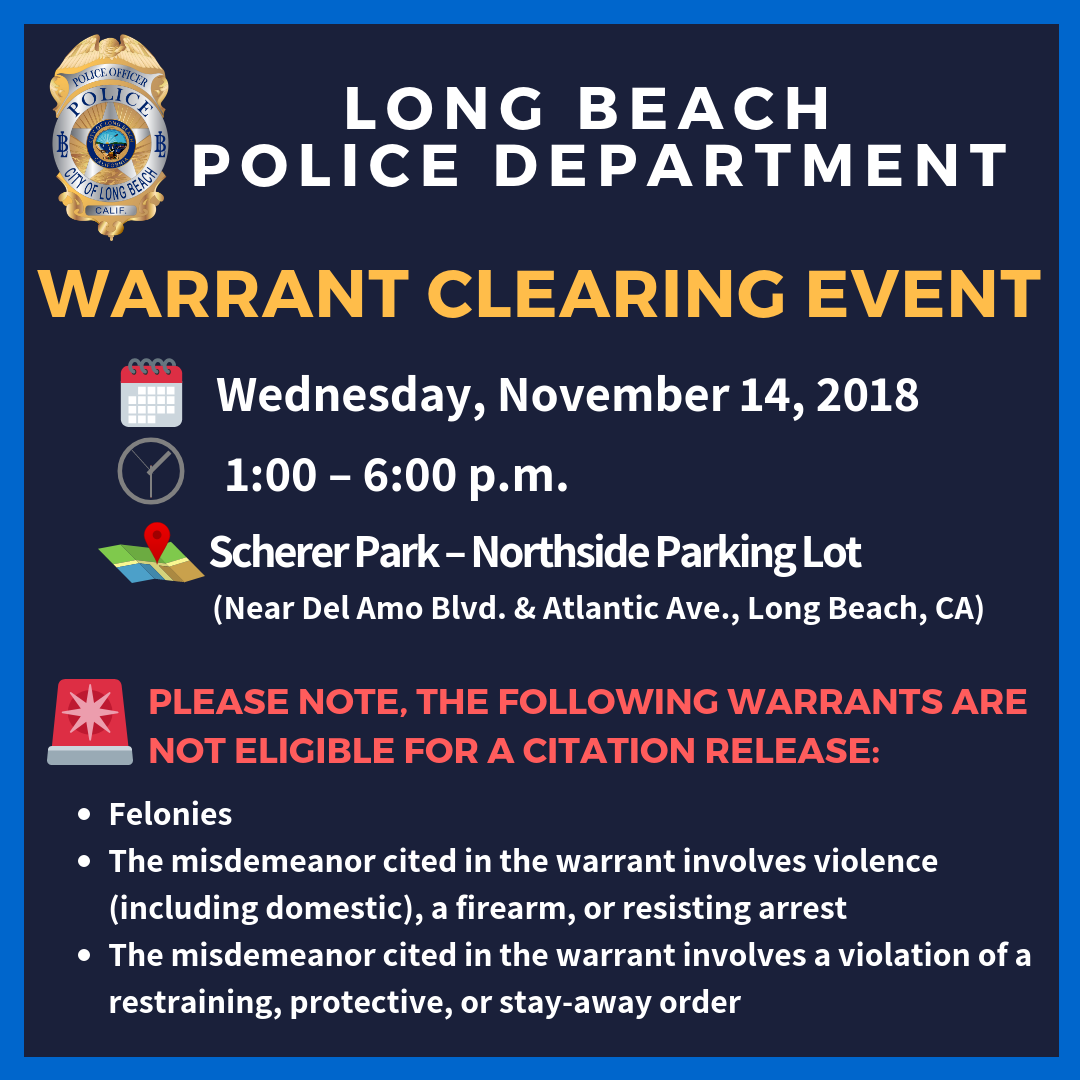 In an effort to address the numerous misdemeanor warrants currently in the system, the Long Beach Police Department will be holding a second warrant clearing event next week for non-violent offenses.

Anyone with an outstanding traffic or non-violent misdemeanor warrant, issued by the Long Beach Police Department, is encouraged to come to the event. Individuals will be issued a notice to appear document with a new court date, so they can take care of their original violation, without fear of arrest. The outstanding arrest warrant for the original charge will be removed from the warrant system.

During the September 15th event, 132 individuals showed up to handle their outstanding warrants. Of the 132 individuals, 73 had traffic or eligible nonviolent misdemeanor warrants and were issued a new notice to appear. Several of those individuals had multiple warrants, clearing a total of 99 warrants from the system. The remaining 59 individuals either did not have warrants, or had warrants issued from other agencies. No one was arrested during the event.

“We were very encouraged by the turnout at the first warrant clearing event, which confirmed for us the need to hold more,” stated Detective Division Commander Paul LeBaron. “It became apparent that many residents are willing to resolve their warrants, and we are pleased we are able to provide them another opportunity to do so.”

The event will be held as follows:

Please note, the following warrants are NOT eligible for a citation release: