Today, the Department is releasing a Critical Incident Video regarding an officer involved shooting that occurred on April 2, 2021, in the 2800 block of Golden Avenue. Critical Incident Videos support the disclosure of certain documents and evidence by providing the public with an additional preliminary review of a critical incident. 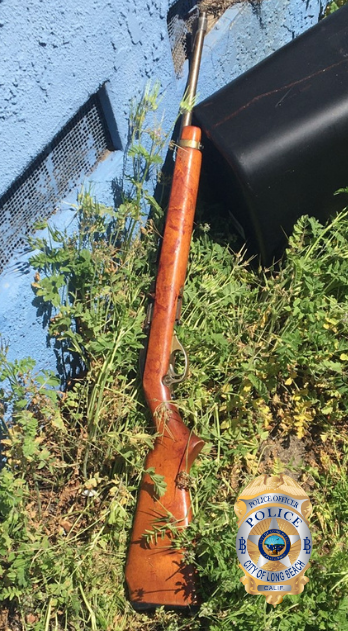 On April 2, 2021 at approximately 5:15 a.m., officers and the Long Beach Fire Department simultaneously responded to the 2800 block of Golden Avenue after a 9-1-1 call about a man who appeared to have had a heart attack and also a woman threatening suicide.

It later turned out the man was dead inside the residence with a laceration to his neck. But officers did not discover him right away because as they entered the residence and observed a large amount of blood, officers were immediately confronted by a woman with a rifle.

Officers quickly exited the residence, set up a perimeter, and formed a plan to de-escalate the situation.

Officers made repeated attempts to communicate with the woman in an effort to get her out of the residence and negotiate her surrender. She did not respond.

After continued de-escalation attempts, the woman arrived at the door of the residence and officers continued to communicate with her. The officers said they saw the woman point a rifle at them. That's when an officer-involved shooting occurred.

Afterward, officers entered the residence and discovered the man on a bedroom floor with a serious laceration to his neck. Investigators are still trying to find out how he was wounded.

Both the woman and the man were determined to be dead at the scene. The Los Angeles County Coroner’s Office will determine cause of death, identify the decedents, and notify their next of kin.

The motive remains under investigation. Detectives believe the two decedents knew each other. A rifle was recovered at the scene.

Three officers were involved in the officer involved-shooting, and were not injured during the incident. The officers’ body-worn cameras were activated and captured the incident.

Anyone with any information regarding the incident is urged to contact LBPD Homicide Detectives Mark Mattia and Juan Carlos Reyes at (562) 570-7244. Anonymous tips may be submitted through "LA Crimes Stoppers" by calling 800-222-TIPS (8477), downloading the "P3 Tips" app to your smartphone (available at the Apple app store or Google Play), or by visiting www.LACrimeStoppers.org