Today, the Department is releasing a Critical Incident Video regarding an officer involved shooting that occurred on February 6, 2021, in the area of 14th Street and Magnolia Avenue. Critical Incident Videos support the disclosure of certain documents and evidence by providing the public with an additional preliminary review of a critical incident. 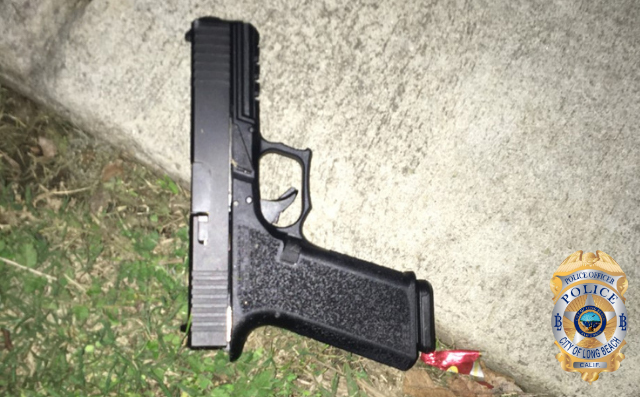 On Feb. 6, 2021, at approximately 9:15 p.m., officers were dispatched to the area of Magnolia Avenue and 14th Street regarding a call of a person with a gun, which resulted in an officer involved shooting.

Officers responded within minutes due to five recent shootings that occurred in a five block radius since January 1st. Arriving officers located the suspect walking northbound who matched the detailed description provided by the calling parties. Officers observed the male adult suspect with a firearm on the west side of a park, still brandishing his firearm. Officers gave multiple commands for the suspect to drop his firearm, the suspect refused, and an officer involved shooting occurred. Officers immediately rendered aid until the Long Beach Fire Department arrived on scene and determined the suspect deceased.

The preliminary investigation revealed the suspect was walking in the area pointing a firearm at multiple passing vehicles and at least four different victims. A firearm was recovered at the scene. No victims sustained any injuries.

It was determined five officers were involved and the officers did not sustain any injuries. All officers were equipped with activated body worn cameras and the department is in the process of reviewing the footage.

Identification of the suspect is being withheld until the next of kin is notified.

Anyone with information regarding this incident is urged to contact Long Beach Police Homicide Detectives Donald Collier and Leticia Gamboa at (562) 570-7244. Anyone wishing to remain anonymous may call 1-800-222-TIPS (8477), or text TIPLA plus your tip to 274637 (CRIMES), or visit www.lacrimestoppers.org.