Today, the Department is releasing a Critical Incident Video regarding an officer involved shooting that occurred on Nov. 12, 2021, in the area of Los Coyotes Diagonal and Woodruff Avenue. Critical Incident Videos support the disclosure of certain documents and evidence by providing the public with an additional preliminary review of a critical incident.

CORRECTION 11/12/2021 at 5:45 p.m.: Upon further investigation, detectives determined the recovered firearm is a CO2-powered BB gun, not an airsoft, replica gun. The news release has been corrected below. 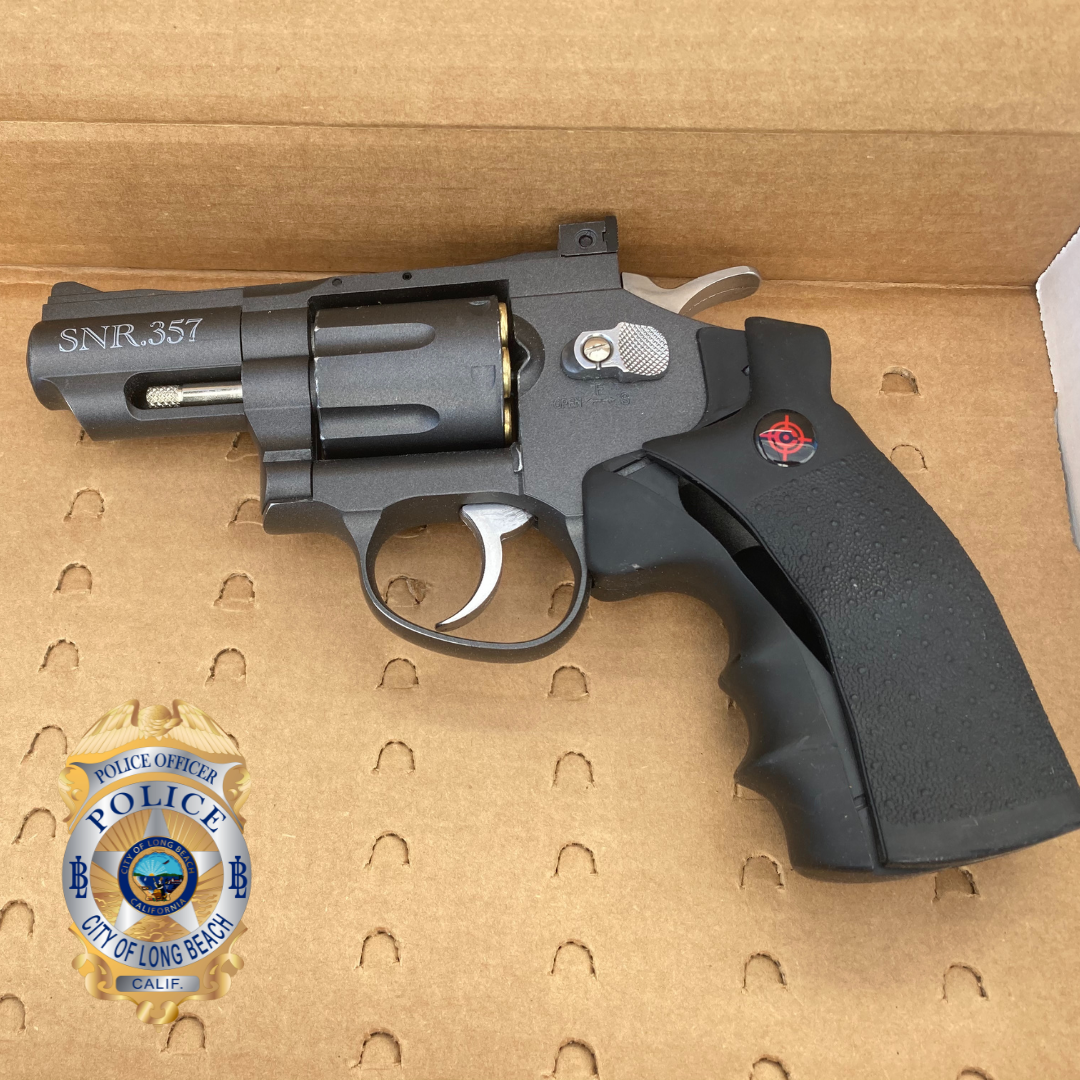 On Nov. 12, 2021, at approximately 8:20 a.m., officers were dispatched to the area of Los Coyotes Diagonal and Woodruff Avenue regarding an unknown trouble call, which resulted in an officer involved shooting.

The first arriving officers located a man inside of a parked vehicle on Los Coyotes Diagonal near Woodruff Avenue. The man was holding what appeared to be a firearm.

Officers made several attempts to de-escalate the situation, as the suspect refused to put down the firearm. The suspect threatened to harm himself and then pointed the gun at officers, which resulted in one of the officers discharging their service weapon.

Officers immediately rendered aid until the Long Beach Fire Department arrived on the scene and transported the suspect to a local hospital for a non-life-threatening gunshot wound to the upper body.

Leading up to this incident, Police Dispatch received several calls for service, stating a man was in the area waving around a knife and a gun.

The preliminary investigation revealed the firearm was a CO2-powered BB gun—which was recovered at the scene.

All officers were equipped with body-worn cameras and the Department is in the process of reviewing the footage.

The suspect is identified as a 40-year-old man from Palmdale.

Anyone with information regarding this incident is urged to contact Long Beach Police Homicide Detectives Michael Hubbard or Michael Hutchison at (562) 570-7244. Anyone wishing to remain anonymous may call 1-800-222-TIPS (8477), or text TIPLA plus your tip to 274637 (CRIMES) or visit www.lacrimestoppers.org.