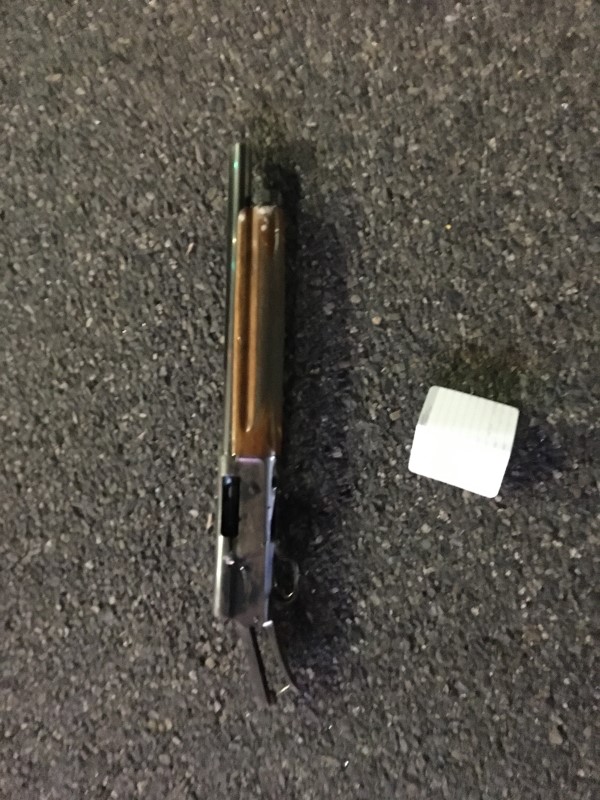 On Thursday, February 20, 2020, at approximately 9:20 p.m., officers were dispatched to the area of Market Street and Atlantic Avenue in response to a shooting call, which subsequently resulted in an officer involved shooting.

As officers were responding they were updated by dispatch that the suspect had opened fire in front of a restaurant in the 5400 block of Atlantic where he injured a male adult victim. After this initial shooting the suspect remained in the area. Arriving officers were also informed of a second shooting in the area where an adult female victim was struck by gunfire. Within a few minutes the first single officer arrived and encountered the suspect who was armed with a shotgun. The officer believed the suspect, a male adult, was responsible for the previous shootings. At that time, the officer involved shooting occurred near the intersection.

At this time the suspect is only being identified as a 22-year -old resident of Long Beach.

A motive for the shooting is currently unknown.

At the time of the incident several witnesses were in the nearby area. Officers contacted them for additional information and ask anyone who may have observed the incident to contact Long Beach Police Homicide Detectives Michael Hubbard and Leticia Gamboa at (562) 570-7244. Anyone wishing to remain anonymous may call 1-800-222-TIPS (8477), or text TIPLA plus your tip to 274637 (CRIMES), or visit www.lacrimestoppers.org.