The Long Beach Police Department's (LBPD) Traffic Section conducted a DUI/Drivers License checkpoint on Friday May 21, 2021 at Atlantic Avenue and South Street, between the hours of 6:00 p.m. and 2:00 a.m. Checkpoints are placed in locations that have the greatest opportunity to deter driving under the influence and provide the greatest safety for officers and the public.

In recent years, California has seen a disturbing increase in drug-impaired driving crashes. The LBPD supports the new effort from the Office of Traffic Safety that aims to educate all drivers that “DUI Doesn’t Just Mean Booze.” If you take prescription drugs, particularly those with a driving or operating machinery warning on the label, you might be impaired enough to get a DUI. Marijuana can also be impairing, especially in combination with alcohol or other drugs, and can result in a DUI.

Studies of California drivers have shown that 30% of drivers in fatal crashes had one or more drugs in their systems. A study of active drivers showed more tested positive for drugs that may impair driving (14%) than did for alcohol (7.3%). Of the drugs, marijuana was most prevalent, at 7.4%, slightly more than alcohol.

Drivers caught driving impaired can expect the impact of a DUI arrest to include jail time, fines, fees, DUI classes, license suspension and other expenses that can exceed $10,000 not to mention the embarrassment when friends and family find out.

The checkpoint was funded by a grant from the California Office of Traffic Safety, through the National Highway Traffic Safety Administration, reminding everyone to ‘Report Drunk Drivers – call 9-1-1’. 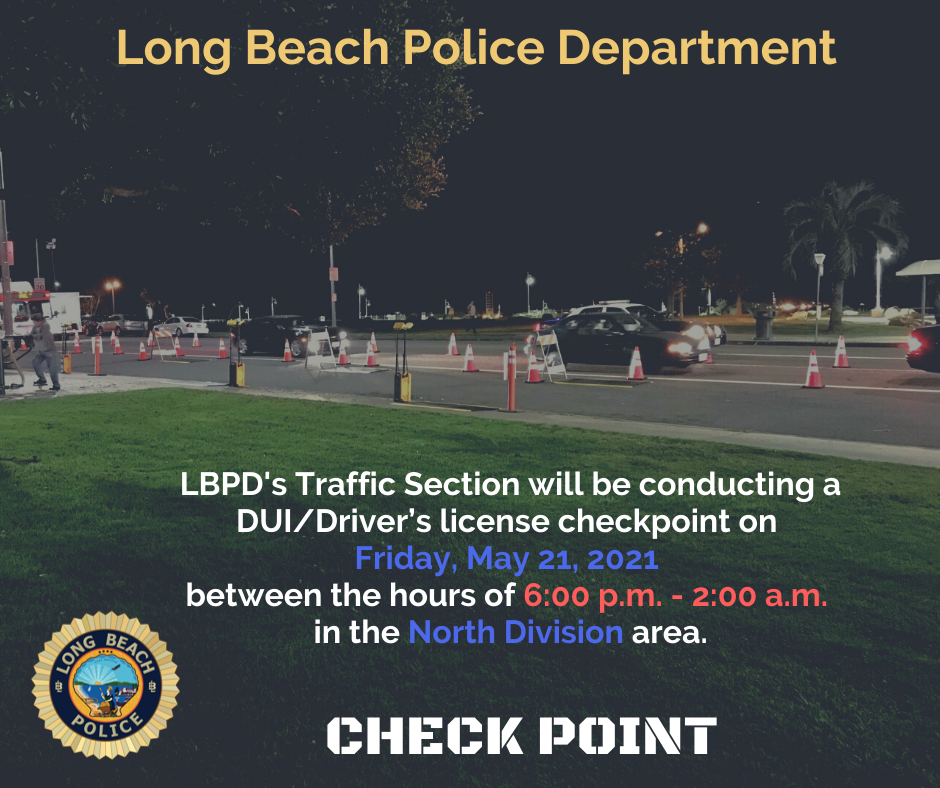 “The safety of our community is and always will be our main priority,” Lieutenant Kris Klein said. “We will keep looking for impaired drivers as they continue to be dangerous and affect our community.”

The Long Beach Police Department reminds the public that impaired driving is not just from alcohol. Some prescription medications or over-the-counter drugs may interfere with driving. Always follow directions for use and read warning labels about driving or operating heavy machinery, which includes driving a car. While medicinal and recreational marijuana are legal, driving under the influence of marijuana is illegal.