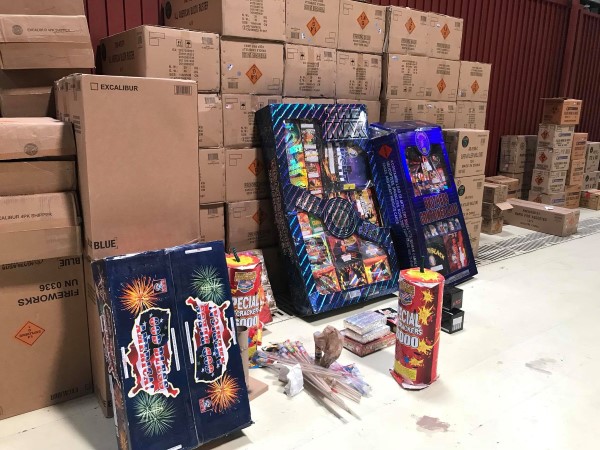 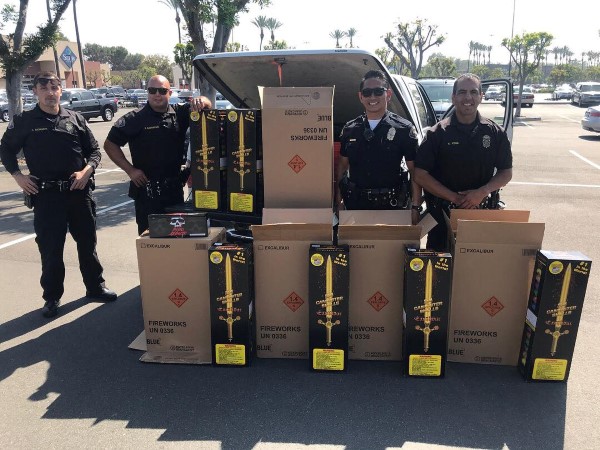 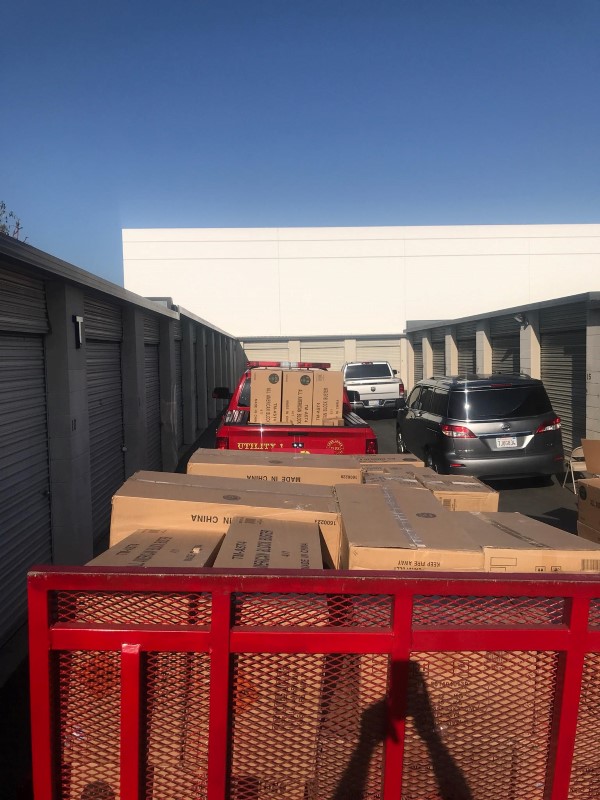 Detectives conducting an investigation into the illegal possession and sales of fireworks in East Long Beach, which led them to two storage facilities in the Cities of Pico Rivera and Santa Fe Springs. Search warrants were served at both locations, where an excessive amount of illegal fireworks were located. Several thousand pounds of fireworks were confiscated from the storage facilities, with a street value of approximately $250,000.

The Long Beach Fire Investigations Team and the Bureau of Alcohol, Tobacco, Firearms, and Explosives (ATF) Arson Unit Task Force also responded to the scene to assist, and took possession of the fireworks for safe disposal through the State Fire Marshal’s Office.

The Long Beach Police and Fire Departments will continue to enforce the laws pertaining to the possession and sales of fireworks, which are illegal in the City of Long Beach. We will be out in force in the days leading up to, and on July 4th, to ensure compliance with the Long Beach City Ordinance that bans ALL fireworks, including those deemed “Safe and Sane.” Anyone found in violation of the city ordinance may be cited and/or arrested. Those found in violation may face a $1,000 fine, sentenced to six months in jail, or both. The fines and penalties may increase depending on the fireworks’ classification.

Fireworks may be voluntarily disposed of at collection bins located at all fire stations, or at Lifeguard Headquarters, located at 2100 E. Ocean Boulevard (west side of the Junipero lot), from 8am to 8pm. If you or your neighbor would like post flyers or posters at your home or business, they can be picked-up at Fire Headquarters (3205 Lakewood Blvd.) until July 3rd, from 7:00 a.m. to 4:00 p.m., or at the Neighborhood Resource Center (100 W. Broadway, Suite 550) until July 3rd, from 8:00 a.m. to 5:00 p.m.