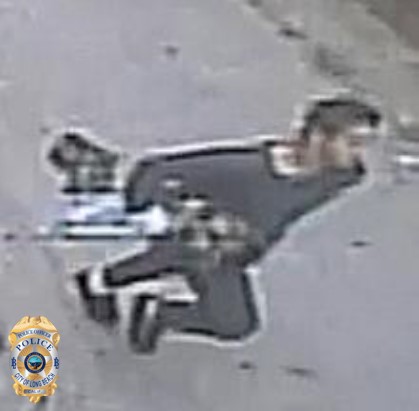 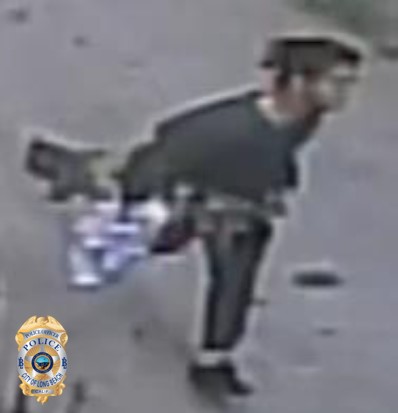 The Long Beach Police Department is seeking the public’s help in identifying an adult male suspect believed to be responsible for a sexual assault.

On Sunday, July 7, 2019, at approximately 11:00 a.m., officers responded to a residence in the 1000 block of East 7th Street regarding a report of a sexual assault. Upon arrival, officers contacted an adult female victim reporting she had been sexually assaulted while in a shared laundry room at the residence.

Through their initial investigation, officers learned that the suspect, armed with a knife, approached the victim from behind and sexually assaulted her. The suspect then fled the scene on foot prior to officers’ arrival.

Sex Crimes detectives obtained video from surveillance cameras in the area and are releasing the footage, hoping that someone will recognize the suspect and come forward.
The suspect is described as follows:

Anyone with information regarding this incident is urged to contact Long Beach Police Department Sex Crimes Detective Rodney Brown at (562) 570-7368 or Police Dispatch at (562) 435-6711. Anonymous tips may be submitted through “LA Crime Stoppers” by calling 1-800-222-TIPS (8477), downloading the “P3 Tips” app to your smart phone (available at the Apple App store and Google Play), or visiting www.lacrimestoppers.org.