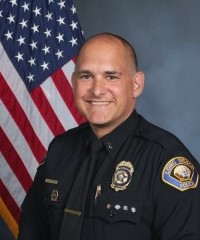 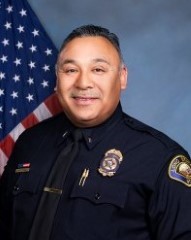 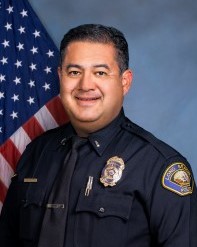 Lieutenant Pennino has played a major role in the planning and implementation of the Department’s body-worn camera program. He was also responsible for overseeing the configuration, training, and deployment of the Department’s new handheld radios in 2019.

He holds a Bachelor of Science Degree in Business from the University of Southern California and a Master’s Degree in Public Administration from California State University, Long Beach. He is a graduate of the Sherman Block Leadership Institute and holds a Peace Officer’s Standards and Training management certificate.

Lieutenant Anthony Lopez began his career with the LBPD in 1991. He has worked all four patrol divisions, was a Field Training Officer and was later assigned to the Community Policing Team. He was promoted to Sergeant in 2001 and to Lieutenant in 2018.

Lieutenant Lopez holds a Bachelor of Science degree in Vocational Education from California State University, Long Beach and has taught at Long Beach City College in the Administration of Justice Program. He is a graduate of the Sherman Block Supervisory Leadership Institute and the Peace Officers Standard and Training Management Course. He is currently attending the Leadership Long Beach Institute, class of 2020.

Lieutenant Gerardo Prieto began his career with the Long Beach Police Department in 1994. He promoted to Sergeant in 2007 and to Lieutenant in 2018.

Lieutenant  Prieto attended California State University, Long Beach and is currently enrolled in the POST Management Training Course. He serves as a board member for the Peace Officers Association of Los Angeles and is a member of the National Fraternal Order of Police, and the Long Beach Police Command Officers Association.

As a result of these recent promotions, there will be a limited commander rotation. Effective January 4, 2019 commander assignments will be as follows: