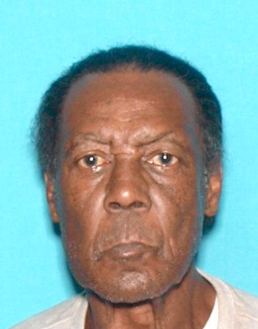 On January 24, 2020 at approximately 6:15 p.m., the Long Beach Police Department was notified by the Los Angeles County Coroner’s Office that critical missing person Edward Ringer was deceased.  Ringer had been invovled in a fatal traffic collision on January 23rd near the intersection of Alameda Street and Elm Street in the City of Compton.
Original Release 1/24/20:
The Long Beach Police Department is asking for the public’s help in locating 68-year-old critical missing person Edward Renard Ringer.

Missing person Ringer was last seen by a caregiver on January 23, 2020 at approximately 5:50 p.m. at his residence located in the 200 block of E. 69th Way. Ringer is known to wander, has been reported missing on several prior occasions, and has previously been located at various locations in the Cities of Inglewood, Los Angeles, Pomona and Signal Hill. His possible destination is unknown.

Ringer suffers from medical condition(s) and may become disoriented.

The critical missing person is described as follows:

Anyone with information regarding this missing person is urged to call the LBPD Missing Persons Detail at (562) 570-7246 or Police Dispatch at (562) 435-6711. Anyone wishing to remain anonymous may submit a tip through “LA Crime Stoppers” by calling 1-800-222-TIPS (8477), downloading the “P3 Tips” app to your smartphone (available at the Apple App store and Google Play), or visiting www.lacrimestoppers.org.