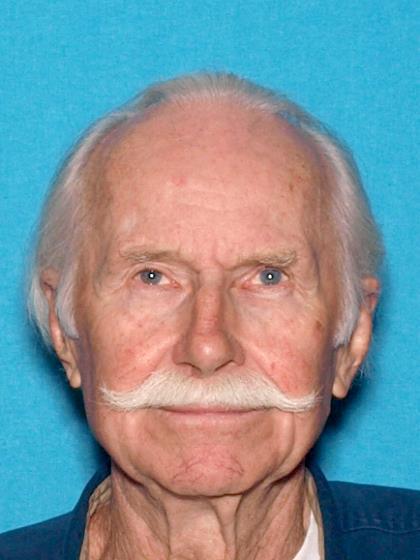 On Tuesday, August 7, 2018 the remains of missing person Douglas Clifford Grant were recovered in the Barstow Desert by the San Bernardino Sheriff’s Coroner. The Long Beach Police Department was notified on Saturday, August 18, 2018 that the remains were identified as those of Mr. Grant, who left his residence on July 18, 2018 to an unknown destination.

Official cause of death will be determined by the San Bernardino Sheriff’s Coroner Office, who can be reached at (909) 387-2978.

The Long Beach Police Department is asking for the public's help in locating a male adult who may be at risk.

The missing person, 79-year-old Douglas Clifford Grant, was last seen by family members on July 19, 2018 at approximately 7:00 a.m., in the 3000 block of Golden Avenue. On July 24, 2018 family members received a tow notification from the California Highway Patrol indicating Mr. Grant's vehicle a Tan, 2008 Toyota pick-up was towed for being abandoned on the westbound I-40 FWY between mile markers 42 and 43. There has been no activity with any of his bank cards nor his cell phone since he left his residence.

The victim is described as follows:

Anyone who sees the victim or has information on his whereabouts is asked to call the Long Beach Police Department at (562) 435-6711 or 9-1-1. Anonymous tips may be submitted through “LA Crime Stoppers” by calling 1-800-222-TIPS (8477), downloading the “P3 Tips” app to your smart phone (available at the Apple App store and Google Play), or visiting www.lacrimestoppers.org.