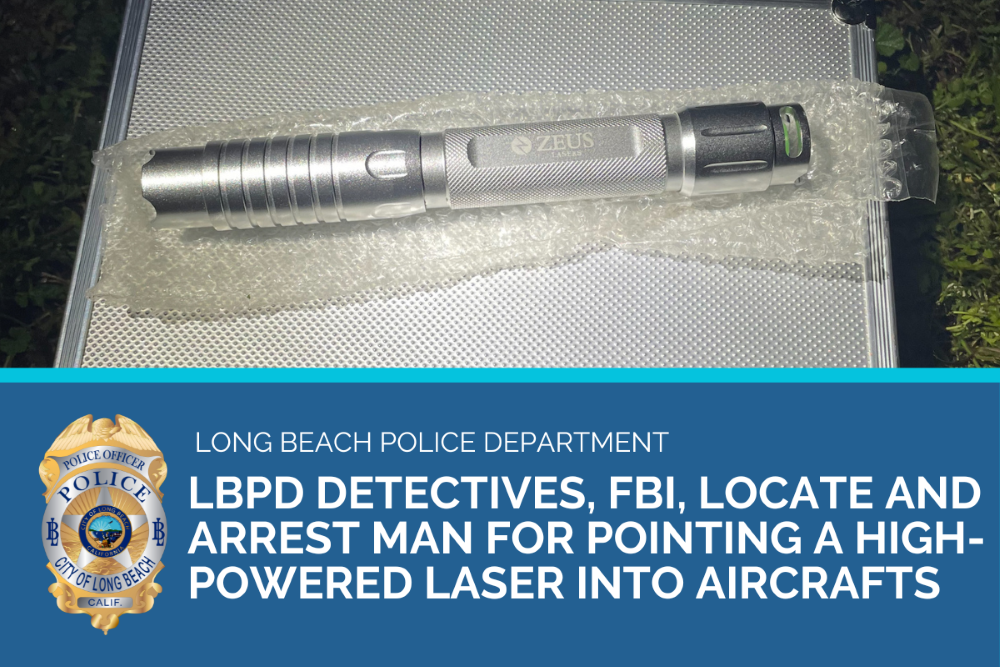 
Over the past several weeks, LBPD officers and detectives have been investigating multiple incidents of a high-powered laser being used to interfere with LBPD’s FOX helicopter, commercial airliners, and private planes within the vicinity of the Long Beach Airport.

Through their investigation, detectives learned that for nearly one year, an unknown individual would anticipate the arrival of aircrafts, and intentionally use a laser to point towards the cockpit of these aircrafts. Through numerous incidents, FOX pilots deduced the general area the laser came from was approximately the 1500-1600 block of Silva Street in Long Beach.

On January 18, 2023, in collaboration with the Federal Bureau of Investigation (FBI), LBPD detectives conducted an operation in which they observed a male adult suspect exit his residence in the 1600 block of Silva Street, and use a high-powered laser to point at FOX multiple times. Following this incident, detectives detained and arrested the suspect and subsequently transported him to Long Beach City jail for booking.

The suspect has been identified as Mark Allen Barger, a 46-year-old resident of Long Beach who was booked on one count of felony discharge of a laser at an occupied aircraft and violation of parole. Bail was set at no bail.

As a reminder, pointing lasers at any aircraft is a serious offense, can be subject to state and/or federal charges.

The following is video footage from LBPD’s FOX helicopter as the suspect pointed a high-powered laser at the aircraft. 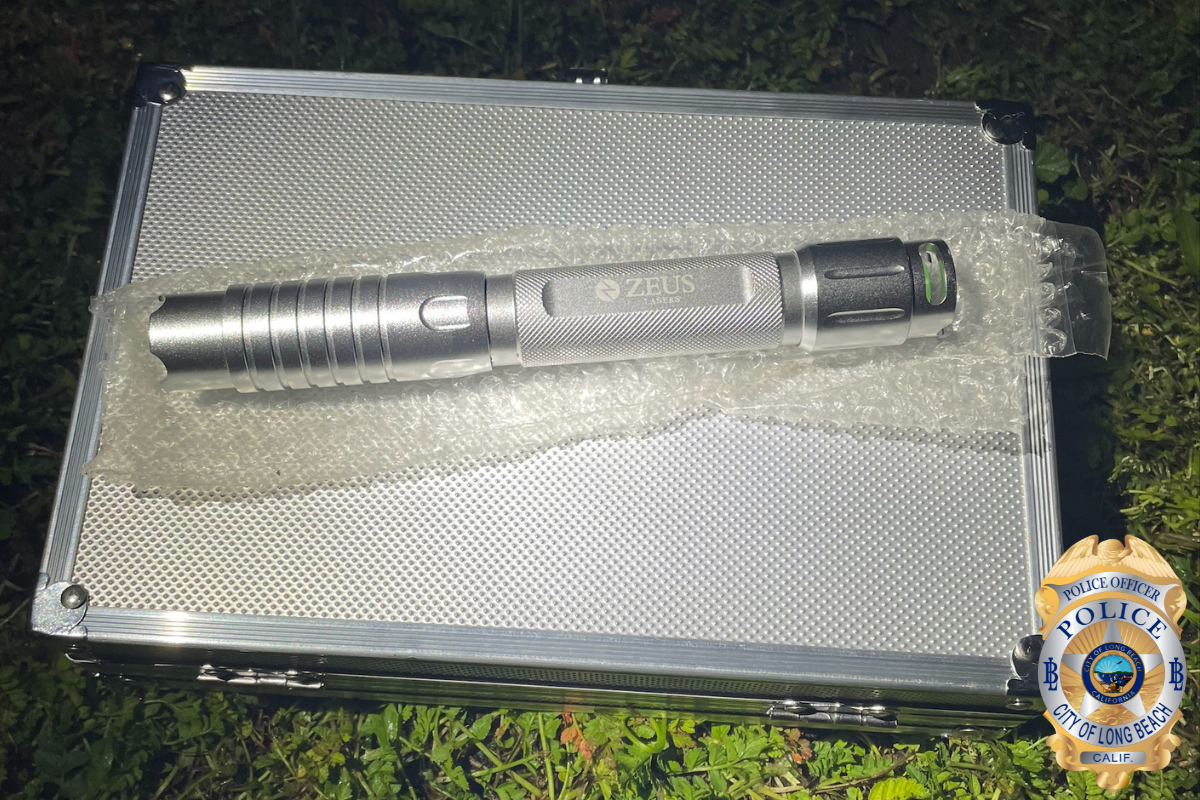