The Bay Shore Neighborhood Library experienced a known COVID-19 exposure and out of caution and for the safety of staff and patrons, will be closed today, Friday, July 1. We apologize for the inconvenience.Face masks covering nose and mouth are recommended for all patrons when in library buildings.
Home » Library » Bach Feature 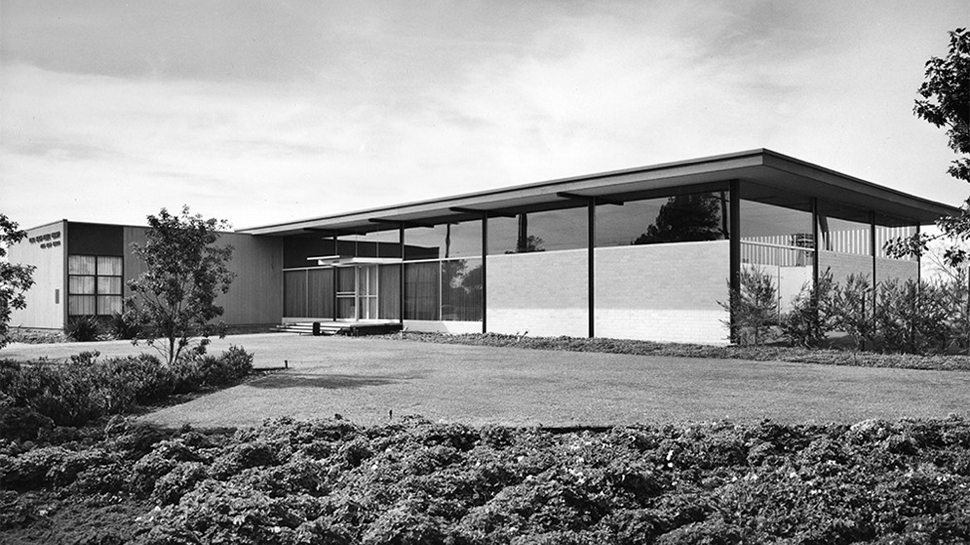 Lakewood Village - an area bounded by Lakewood Blvd., Del Amo Blvd., Bellflower Blvd., and Carson St. - began as an agricultural community selling “semi-sustaining garden units” to Depression-era families eager to escape the economic instability of the big cities.  The idea was for families to live and grow their own food on “garden homesite” tracts, which were advertised as large enough to provide 90% of the vegetables an average family would consume. 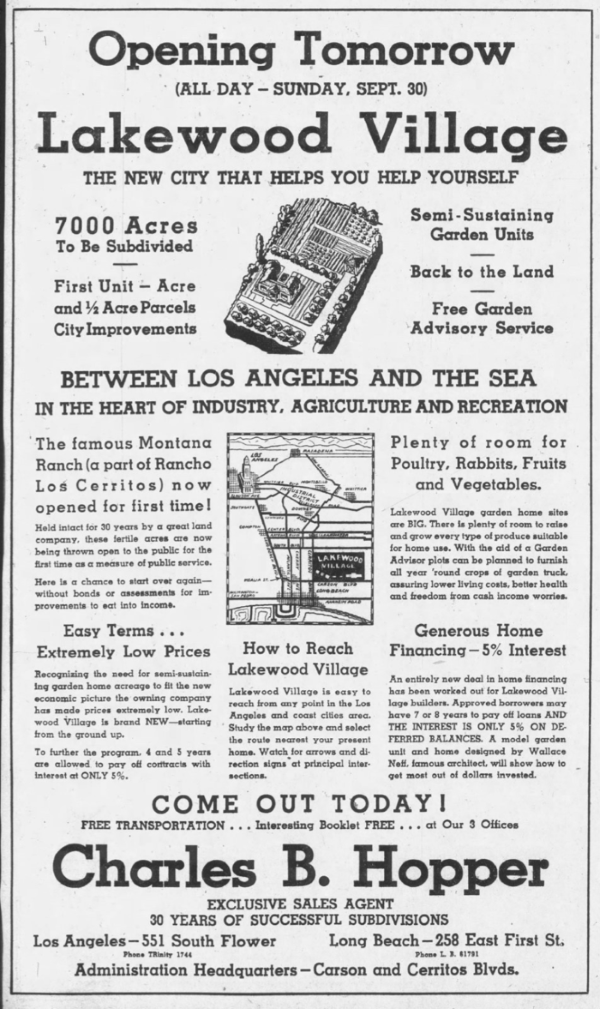 Heavy ad campaigns promoted Lakewood Village in the early days. This ad appeared in the Long Beach Sun in 1934.

The idea was a hit and families began to pour in.  As the population grew, however, the area quickly began to lose its farm focus.  By the time Long Beach annexed Lakewood Village in 1953, the neighborhood had transitioned into an almost completely residential suburban community, complete with a public library. 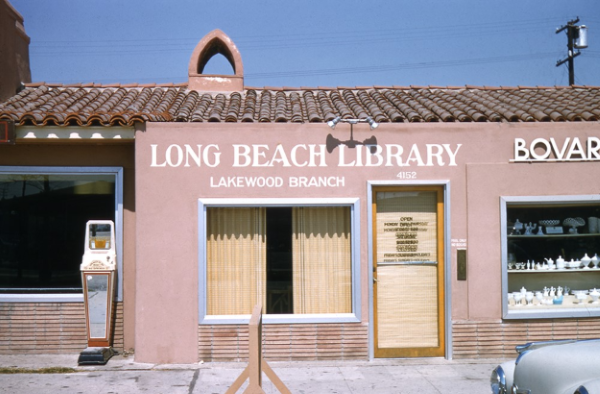 The first Lakewood Library on Norse Way in the mid-1950s.

The original Lakewood Library was a small, rented storefront library on Norse Way—the tiny two-block diagonal street known as Cerritos Diagonal until 1952—near the intersection of Carson St. and Lakewood Blvd.  The branch had originally opened in 1938 and was operated by the County of Los Angeles Library until the annexation.

The Long Beach Public Library took over in 1954 and the Lakewood Branch quickly became LBPL’s third-highest circulating branch.  But the small, run-down library was in dire need of updating, and supporters urged that a larger, modern building was needed to serve the flourishing community.

In 1956, voters approved a $659,000 bond issue to fund the much-needed replacement of four branches, including Lakewood, Dana, Harte, and Bay Shore.  A site in Heartwell Park, at the southwest corner of Bellflower Blvd. and Carson St., was selected for the new Lakewood branch. 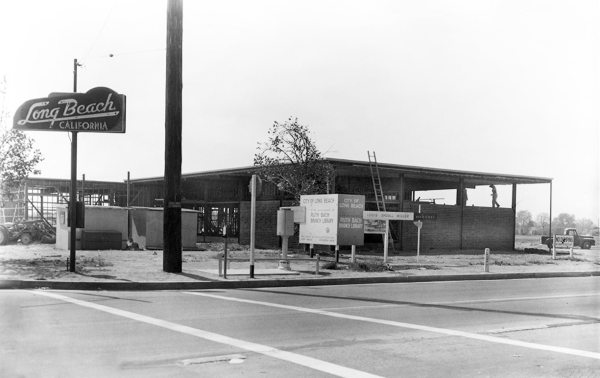 Construction of the Ruth Bach Branch began in 1957 at the corner of Bellflower and Carson.

Plans began with the assumption that the library would retain its name, but by the time construction began in 1957, the new library had a new name:  the Ruth Bach Branch.  Ruth Bach, nee Ruth Shaw, was born in Milwaukee, Wisconsin in 1905.  Ms. Bach moved to Long Beach with her husband and children in 1944.  (As a side note, Ms. Bach’s son, Richard, would go on ​to attend Cal State Long Beach and to author two bestsellers in the 1970s, Jonathon Livingston Seagull and Illusions.)   Ms. Bach soon became active in the Lakewood Village community, taking leadership roles in the University Women’s Club, the League of Women Voters, the Lakewood Junior High PTA, the Lakewood Park District Board, and the Public Relations Committee.   She also served as executive director of the Long Beach Day Nursery.  In 1954, Ms. Bach became the first woman elected to the Long Beach City Council.  Representing the city’s fifth district, Ms. Bach earned a solid reputation for tireless and enthusiastic work on behalf of the community. Tragically, Ms. Bach died just two years later of a chronic heart condition.  She was 50 years old. 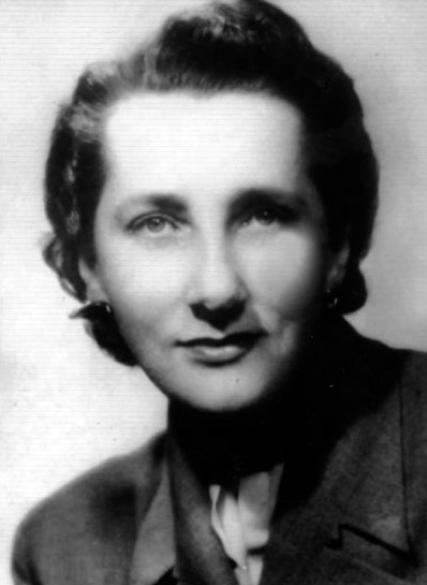 In October 1956, the City Council voted to name the new library in her honor.  The Ruth Bach Library opened February 21, 1958.  Library Journal said the new library was considered one of the most beautiful in the country.  At the time of construction, the Bach library was the largest branch in Long Beach.  The new library was so popular—tripling the circulation of the previous location—that for the first several months, the shelves appeared noticeably understocked. 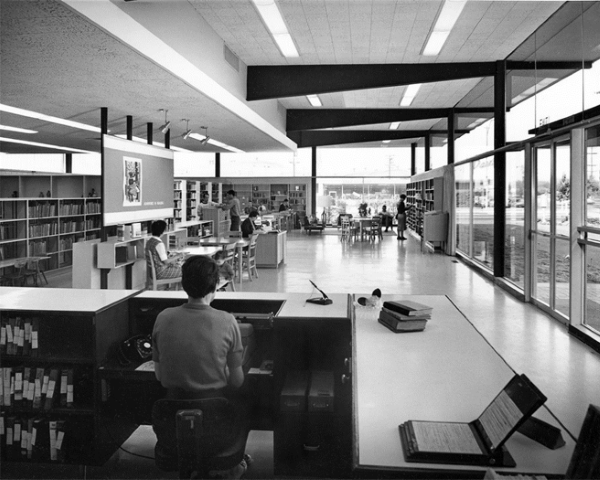 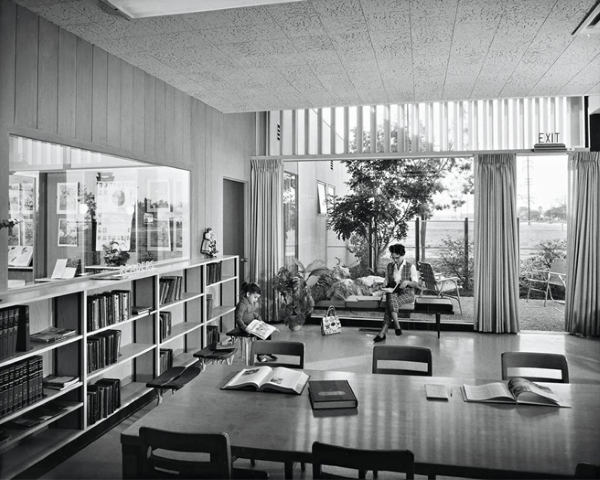 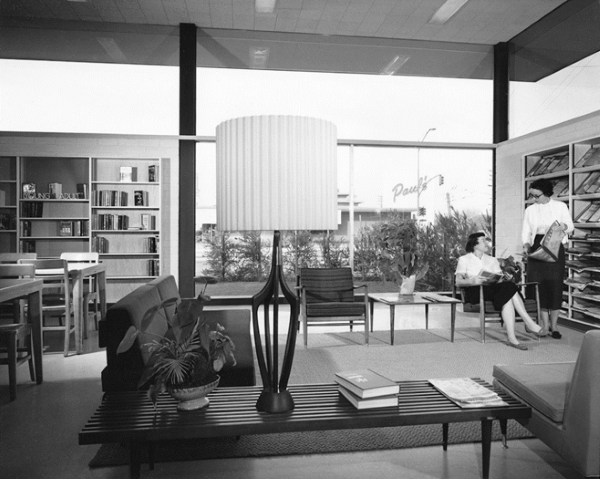 The handsome Modernist design and up-to-date features of the library—including air conditioning, sound-proof study rooms, and a patio for outdoor reading—were enthusiastically embraced, and its location in beautiful Heartwell Park added to its appeal.  Sixty-four years later, the Ruth Bach Neighborhood Library remains a much-loved part of the neighborhood of northeast Long Beach and Lakewood. Continue creating Bach's colorful history with us by downloading our Bach coloring page.