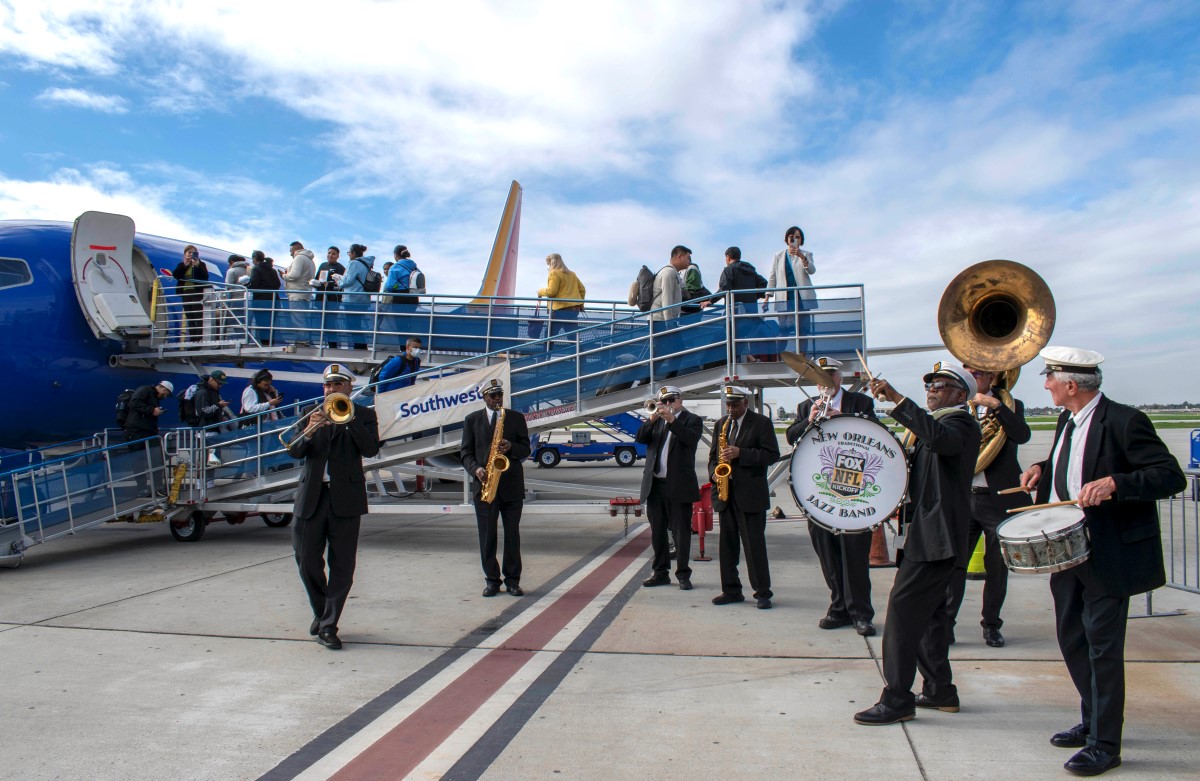 Southwest’s flights to New Orleans—utilizing the airline’s Boeing 737 fleet—depart LGB at 12:30 p.m. on Sundays and arrive at MSY at 6 p.m. The return flight departs MSY at 4:55 p.m. and arrives back at LGB at 7:15 p.m. Originally scheduled to be a seasonal service only through March, Southwest has extended the service through their currently published schedule of July 10.

In addition to the new Sunday flights, Southwest offers daily service throughout the year between Long Beach and New Orleans through connecting or same-plane service on the airline’s point-to-point network.

Southwest Airlines first began service from LGB in 2016 and has continued to increase its presence at the Airport since then. Including New Orleans, and added service to Orlando starting in July, the Dallas-based airline will fly nonstop to 17 U.S. cities from LGB.

About Long Beach Airport
Founded in 1923, Long Beach Airport (LGB) is the oldest airport in California. Among its many awards, LGB was named one of the 2022 Top Ten airports in the country by readers of Condé Nast Travelermagazine. LGB offers non-stop service to several U.S. cities while supporting a healthy general aviation community with more than 300,000 annual operations. The Airport is also a source of substantial economic activity and employment, with the LGB Aviation Complex generating $8.6 billion in economic impact and supporting 46,000 jobs. LGB is a self-supporting enterprise of the City of Long Beach and does not receive local tax dollars. The Airport prides itself in preserving its esteemed historic legacy and maintaining a safe, sustainable, and environmentally responsible operation. Follow us on Facebook, Instagram and Twitter @LGBAirport.