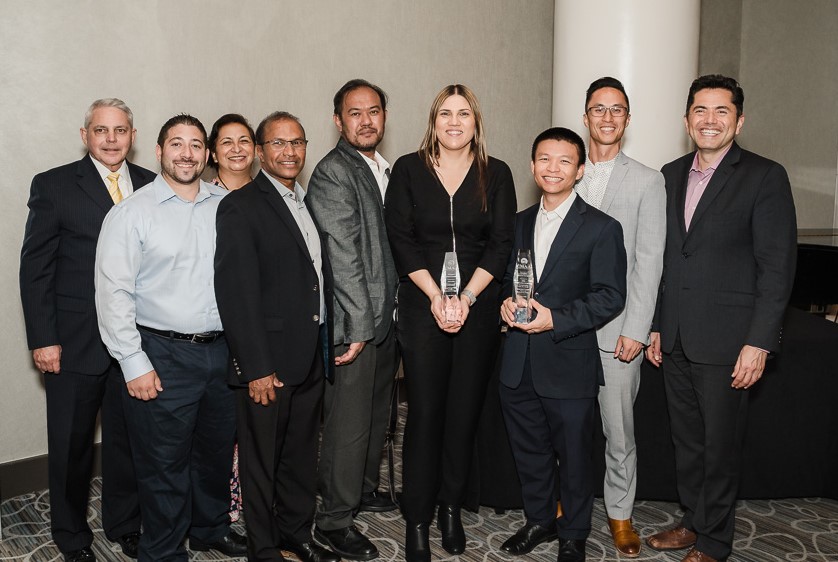 “Long Beach Airport provides an amazing experience for travelers and these awards demonstrate the quality work they also do behind the scenes to keep things running smoothly,” said Mayor Robert Garcia.

The Airport was recognized for the improvements to Taxiway C and the reconstruction of Taxiway B (redesignated as Taxiway E). The Project Achievement Awards highlight professionalism, innovation and excellence in management of the construction process. Nominated projects were completed between January 1, 2020 and December 31, 2021, within the Southern California Chapter regional area. Categories are based on construction costs ranging from less than $10 million to greater than $100 million. The awards bestowed to Long Beach Airport were in the Transportation category.

“We appreciate the tremendous work and collaboration amongst our team and business partners to bring these projects to fruition,” said Airport Director Cynthia Guidry. “Teamwork, determination and perseverance toward the same goals are key to the success of these transportation projects.”

The improvements to Taxiway C were completed in September 2020. The work improved the safety and efficiency of aircraft ground movement and was required to update the geometry of Taxiway C and associated taxiways to meet current Federal Aviation Administration (FAA) design standards. Included in the project was the on-site installation of a 65-foot concrete batch plant to convert an old, closed asphalt runway to a new concrete taxiway, which improved efficiency and reduced the number of trips taken by construction vehicles. Jacobs was the construction management firm for the project – designed by HNTB and constructed by Coffman Specialties, Inc.

The reconstruction of Taxiway B was completed in August 2021. The project included the conversion of decommissioned Runway 16R-34L pavement to new asphalt pavement, construction of a new connector (Taxilane E1), improvement to new infield areas, pavement markings, new LED lighting and signage, relocation of the vehicle service road, and redesignation as Taxiway E. KDG Construction Consulting was the construction management firm for the project, with design by HNTB and construction by Griffith Company.

Both airfield construction projects were funded by grants from the FAA Airport Improvement Program (AIP).

About Long Beach Airport
Founded in 1923, Long Beach Airport (LGB) is the oldest airport in California. Among its many awards, LGB was named a Top 10 airport in the 2020 USA Today 10 Best Readers' Choice travel award contest for Best Small Airport. LGB offers non-stop service to several U.S. cities while supporting a healthy general aviation community with more than 300,000 annual operations. The airport is also a source of substantial economic activity and employment, with the LGB Aviation Complex generating $8.6 billion in economic impact and supporting 46,000 jobs. LGB is a self-supporting enterprise of the City of Long Beach and does not receive local tax dollars. The Airport prides itself in preserving its esteemed historic legacy and maintaining a safe, sustainable, and environmentally responsible operation. Follow us on Facebook, Instagram and Twitter @LGBAirport.