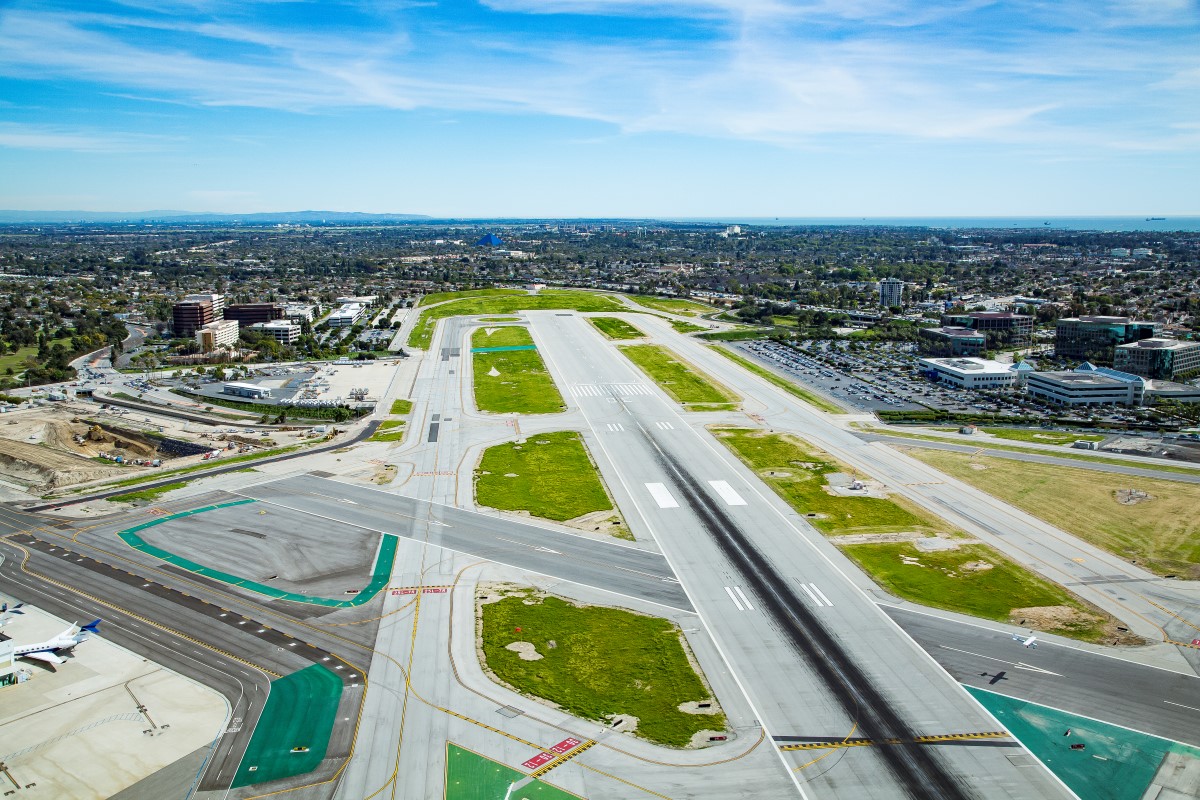 Long Beach, CA – The City of Long Beach released a Request for Proposals (RFP) today for aeronautical development of all or portions of approximately 27 acres at Long Beach Airport (LGB). The availability of such a large amount of land is rare, with the last large-scale development at the Airport taking place in the 1980s and early 1990s.

“This unique development opportunity will bring more jobs and boost our local economy, which is already a hub for aerospace innovation,” said Mayor Robert Garcia.

The 27-acre site consists of two parcels situated on opposite sides of the Airport. The Wardlow Parcel, approximately 17 acres, is located on the west side of the airfield and immediately adjacent to approximately 90 acres of land acquired by the Goodman Company. This land was previously used for the manufacturing of the Boeing C-17 Globemaster III military aircraft, and it is anticipated that the development of this parcel will enhance the future redevelopment of the Goodman property.

The Lakewood Parcel, approximately 10 acres, is located on the east side of the Airport at the corner of North Lakewood Boulevard and East Spring Street, immediately above the underground Los Cerritos Channel Stormwater Capture Facility. This parcel is available for development as a result of the shortening of Runway 8R-26L, in accordance with the Airport’s Airfield Geometry Study.

“With LGB’s central location and its role as a hub for economic activity, we expect this opportunity will attract strong interest from the aeronautical community,” said Long Beach Airport Director Cynthia Guidry.

The RFP specifies that development of the site should be intended for aviation-related purposes that are complementary and respectful of the adjacent existing businesses. Proposal submissions are due by 11:00 a.m. on Monday, June 7, 2021. To obtain a copy of the RFP Number AP21-042, click here.

“As we continue to find innovative ways to boost our local economy, I am thrilled to see this opportunity come to Long Beach,” said Councilmember Stacy Mungo.

The City of Long Beach previously released an RFP in 2017 for aeronautical development on the west side of the Airport, which included the Wardlow Parcel. Gulfstream was the successful proposer for the leasing and development of this parcel. This site has again become available with Gulfstream’s announcement in October 2020 that it would begin a phased departure from Long Beach.

Gulfstream continues to negotiate directly with interested parties for the 22 acres of property for an assignment of part, or all, of the existing lease, as allowed under the terms of the agreement. The existing ground lease, inclusive of Gulfstream’s remaining five-year option to extend, terminates in March 2029.

Later in 2021, the City of Long Beach plans to issue an additional RFP for approximately eight acres on the south side of the Airport, accessible by Spring Street, specifically for hangar and tie-down development.

LGB encompasses 1,166 acres and has three runways. It is unique among municipal airports for its diverse portfolio of Class A office buildings, hotels, retail, industrial facilities and a municipal golf course.

About Long Beach Airport
Founded in 1923, Long Beach Airport (LGB) is the oldest airport in California. Among its many awards, LGB was named a Top 10 airport in the 2020 USA Today 10Best Readers' Choice travel award contest for Best Small Airport. LGB offers non-stop service to 16 U.S. cities while supporting a healthy general aviation community with more than 300,000 annual operations. The airport is also a source of substantial economic activity and employment, with the LGB Aviation Complex generating $8.6 billion in economic impact and supporting 46,000 jobs. LGB is a self-supporting enterprise of the City of Long Beach and does not receive local tax dollars. The Airport prides itself in preserving its esteemed historic legacy and maintaining a safe, sustainable, and environmentally responsible operation. Follow us on Facebook, Instagram and Twitter @LGBAirport.