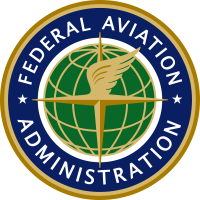 The SoCal Metroplex project encompasses multiple airports, including Long Beach Airport (LGB). LGB staff have communicated to the FAA the importance of maintaining the Noise Ordinance.

After reviewing final environmental documents, LGB staff does not find that any proposed changes will adversely affect the Noise Ordinance.

Environmental analysis conducted by the FAA for the project showed the project would not result in any significant or reportable noise increases under the National Environmental Policy Act (NEPA). Some might notice aircraft where they did not previously fly when the new procedures are implemented; this is because some air route changes will occur, and satellite-based procedures create more concentrated flight paths than conventional procedures.

To view the presentation given by Glen A. Martin, Western-Pacific Regional Administrator for the FAA, at the November 17 Airport Advisory Commission meeting, please click here.

An additional FAA briefing will be conducted in either January or February. An open house format will provide attendees with the opportunity to speak directly with FAA technical and environmental experts. Date and location will be announced as soon as it is available.

The FAA will conduct additional public outreach to further inform the public about the changes. Specific information will be announced on the FAA’s webpage at: http://www.faa.gov/nextgen/communityengagement/socal, as well as through press releases and on social media.

To view Frequently Asked Questions along with Answers published by the FAA, please click here.