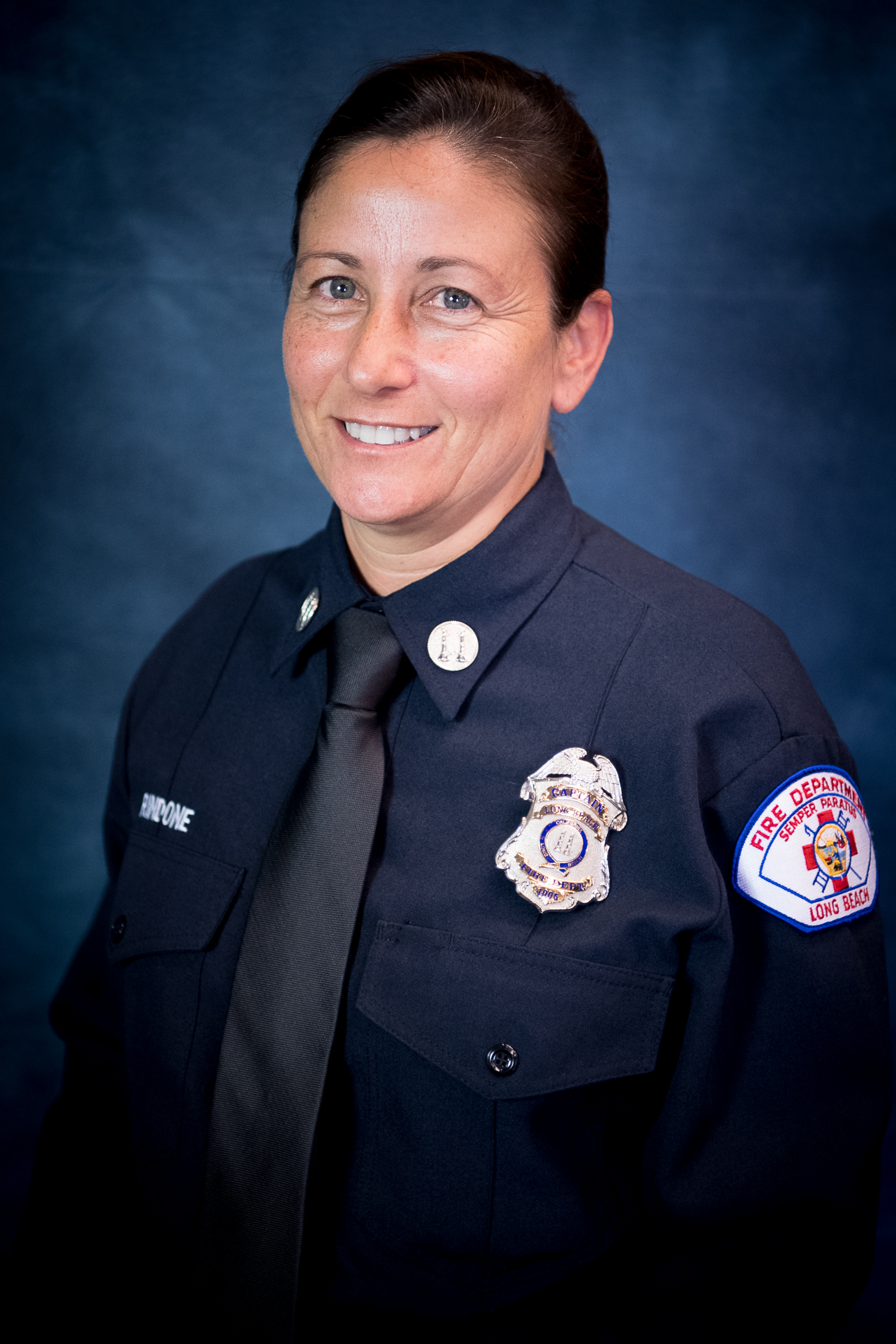 On January 19, 2019, the Long Beach Fire Department will promote the first female Battalion Chief since the department’s establishment in 1897. Battalion Chief Karen Rindone has been assigned to the Operations Bureau and will work as the District 1 Battalion Chief on the B-platoon. This promotion is a major milestone for the fire department and the City of Long Beach.

Being promoted to the rank of Battalion Chief is a major accomplishment. Fire Chief Xavier Espino stated, "It is an honor and a privilege to promote Captain Karen Rindone to the position of Battalion Chief. In the 122-year history of the Long Beach Fire Department, Karen is the first female firefighter to promote to the position of Chief Officer. She has broken the glass ceiling and prepared a pathway for future female Chief Officers. I fully expect Chief Rindone to excel at her new position and to mentor those, who are to follow. Today is a very proud day for Chief Rindone, her family, the Long Beach Fire Department and the City of Long Beach!"

Battalion Chief Karen Rindone was hired with the Long Beach Fire Department in September of 2004. During the course of her career, she spent six years as a firefighter where she worked at fire stations 11, 2 and 19.

In January of 2010, Chief Rindone became the first female promoted to the rank of Engineer. In that position, she was responsible for the safe and efficient operation of the fire apparatus to which she was assigned, another first for the fire department. Her primary assignment as an engineer was at fire station 9 in Bixby Knolls.

In January of 2015, Chief Rindone attained the rank of Fire Captain. During her tenure as a Fire Captain, she was assigned to fire stations 7, 9 and 4. “I feel very fortunate to work alongside an elite group of men and women that serve in the Long Beach Fire Department,” said Chief Rindone.

Battalion Chief Rindone has been an active member of the department and has made significant contributions during her career. She has served on many working groups and has actively participated in several projects where her leadership, knowledge, and experience played a major role. Examples of those efforts include: assisting with the development of the Driver/Operator department training program and assisting with the certification of the Long Beach Fire Department Regional Training Center facility as it became a state certified training facility where new recruits can be tested during physical agility performances. Chief Rindone has been a member of the Urban Search and Rescue program for 13 years as well.

Prior to becoming a firefighter, Chief Rindone worked in the automotive industry. She was the General Manager of a Land Rover Dealership, and started to take additional classes and schooling in preparation of pursuing a career with the fire department in 2002.

When asked about her thoughts relating to this significant career milestone and the process associated with it, Chief Rindone stated, “It was a long, strenuous, and fair process that allowed me to learn and prepare for the position of Battalion Chief.”

The mission of the Long Beach Fire Department is to protect lives, property, and the environment, improving the quality of life and safety of the community and our visitors. Visit us at www.longbeach.gov/fire, "Like" us on Facebook, follow us on Twitter and Instagram.