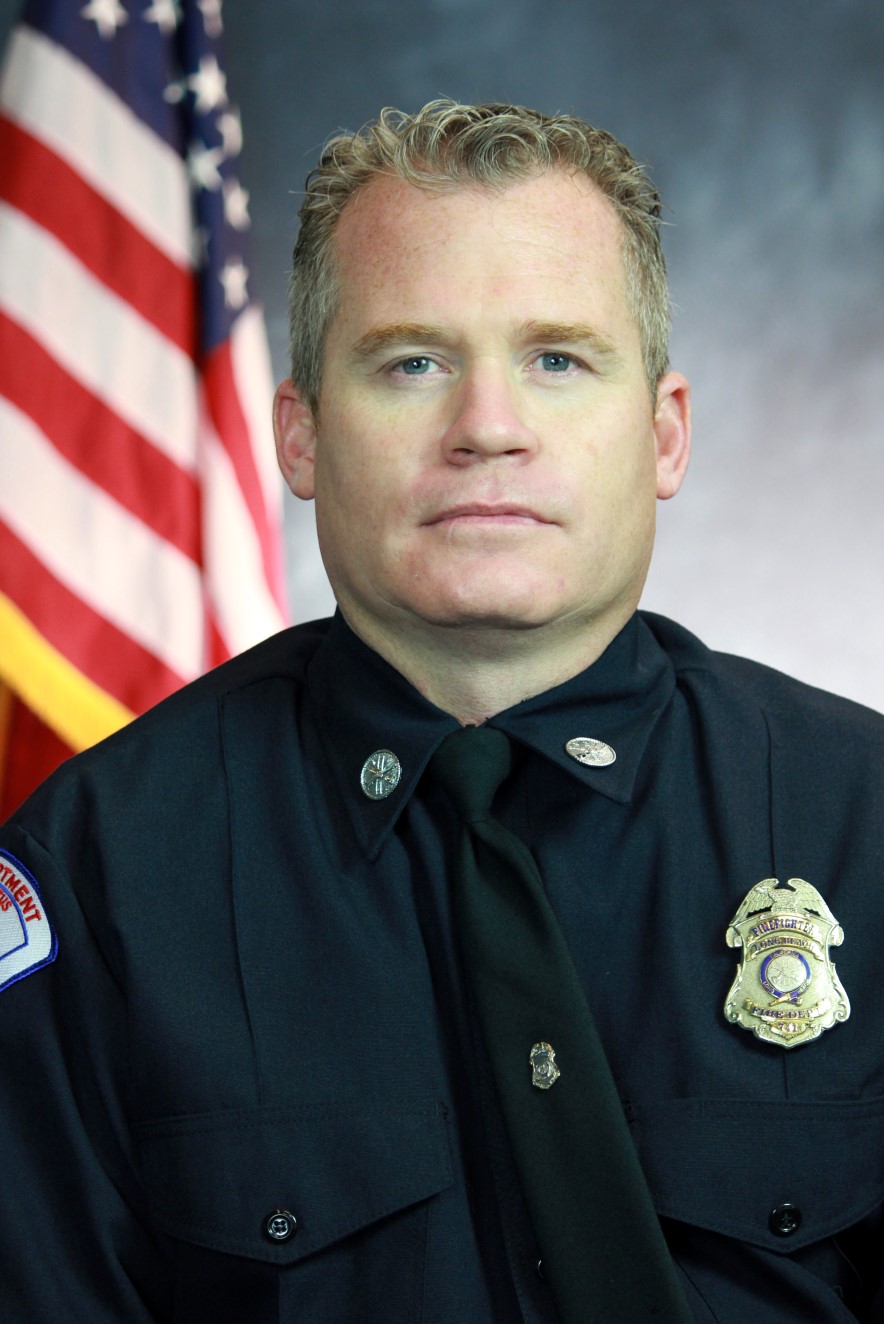 The Long Beach Fire Department (LBFD) was saddened to announce the death of Firefighter Chris Parker, who passed away unexpectedly at home on Friday, February 8, 2019.

Firefighter Chris Parker, a 20-year veteran of the Long Beach Fire Department, was appointed to the department in 1998. He served as a firefighter assigned to various stations throughout Long Beach spending multiple years at Fire Station 1 located in the downtown area.  Other assignments included time as a Fire Investigator with the Arson Unit. His last duty assignment was at Fire Station 13 located on the west side of Long Beach.

During his time as a firefighter, Chris mentored countless firefighters as their “senior firefighter” at Fire Station 1.  Chris was a fixture at the station and was known for his colorful stories, and his larger than life personality.  He was witty, animated, and loved his job.  He was a servant and was well respected by his peers.  His presence was felt by all those that had the fortune of working with him.  Chris received numerous commendations during his 20-year career with the Department.

Fire Chief Xavier Espino stated, "Firefighter Chris Parker was a hero in the truest sense of the word. For 20 years, Chris selflessly served and protected the City of Long Beach, its citizens, and those who visited. While on duty, he was a mentor in the station house and an ambassador for the fire service. Though taken from us far too early, his contributions to our community and department will forever be remembered. Rest in peace my friend."

On Tuesday, February 19, 2019, there will be a viewing at the McAulay and Wallace Mortuary. The viewing is opened to all fire department personnel and to the public. The viewing will take place from 5:00 pm-8:00 pm. The mortuary is located at 902 North Harbor Boulevard in Fullerton.

Memorial Services for Long Beach Fire Firefighter Chris Parker have been set for Wednesday, February 20, 2019 at 2:00 pm. at EvFree Fullerton Church.  EvFree Fullerton Church is located at 2801 N. Brea Blvd. in Fullerton, California.  The memorial services will be open to the public and will be followed immediately by a reception in Firefighter Chris Parker’s honor that will take place in the same venue.

Fire personnel are asked to attend in their Class A uniforms. In lieu of flowers, the family has requested that donations be made “In Memory of Firefighter Chris Parker” to the Long Beach Fireman’s Mutual Benefit Association Widows Mite Fund through the Long Beach Firemen’s Credit Union, St. Jude Children’s Research Hospital (https://bit.ly/2BDxOwF), or the Wounded Warrior Project (https://bit.ly/2DKhzxU).

Our hearts, prayers, and condolences go out to his family and friends.

The mission of the Long Beach Fire Department is to protect lives, property, and the environment, improving the quality of life and safety of the community and our visitors. Visit us at www.longbeach.gov/fire, "Like" us on Facebook, follow us on Twitter and Instagram.