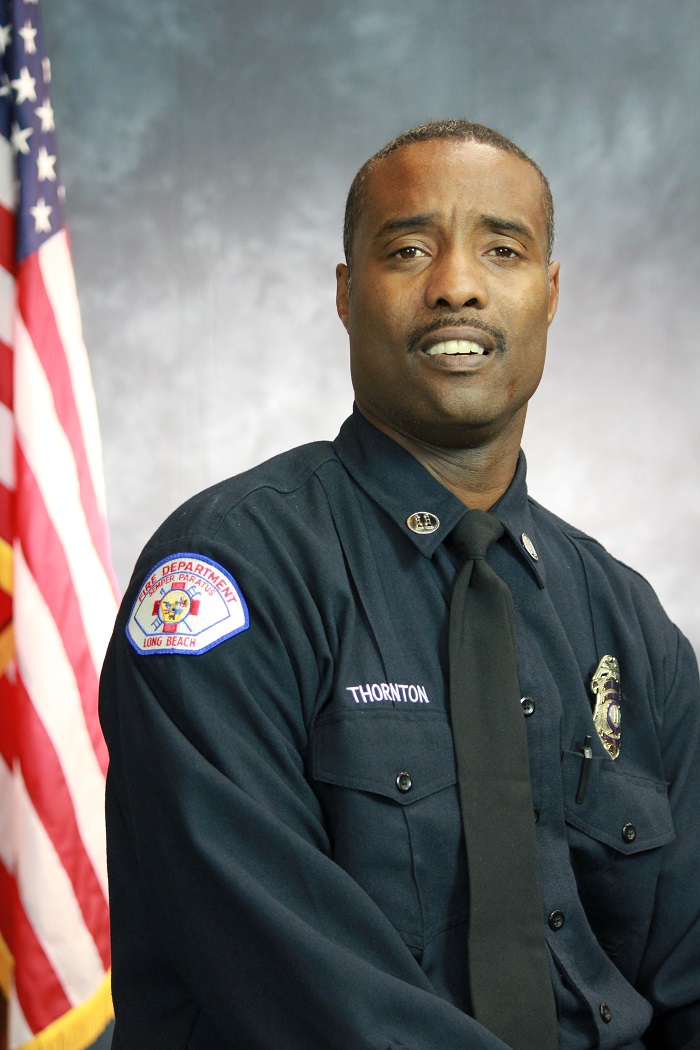 
Ryan Lee Thornton was born to Thomas and Virginia Mae Thornton on May 4, 1969 in Richmond, Virginia. The fourth of five brothers, Ryan grew up in Tappahannock, Virginia, where he enjoyed playing baseball and excelled in academics.

After graduating high school, Ryan joined the United States Navy and proudly served his country as an Operations Specialist, Petty Officer 2nd Class on the U.S.S. Peleliu from 1988-1993. During active duty, Ryan met and married Tierre Renee Wilson on December 9, 1989. While stationed in Long Beach, CA, Ryan was awarded the distinguished Good Conduct Medal and Navy Achievement Medal for his standard of duty service and personal conduct. For his excellence in service, Ryan was awarded an Honorable Discharge.

After military service, Ryan attended Long Beach City College and began working toward a career in the fire service by earning an Associate’s Degree in Fire Science. While attending college, Ryan held positions with the City of Long Beach Transit Department and the U.S. Postal Service.

On January 18, 1996, Ryan and Tierre welcomed the birth of their son Ryan Thornton Jr. and their daughter Taelor Thornton on August 9, 1999.

On September 22, 1997, Ryan began his career as a Firefighter for the City of Long Beach. While with the Long Beach Fire Department, Ryan promoted to the ranks of Fire Engineer on December 26, 2007 and Fire Captain on June 26, 2010. During his 18 year career with the Long Beach Fire Department, Ryan voluntarily donated his time and services as a youth basketball coach, Rescue Youth Mentor and actively participated in the L.B.F.D. Kid’s charity for hospitalized children. Ryan proudly served at fire stations 1, 7, 11, 17, 19 and 24.