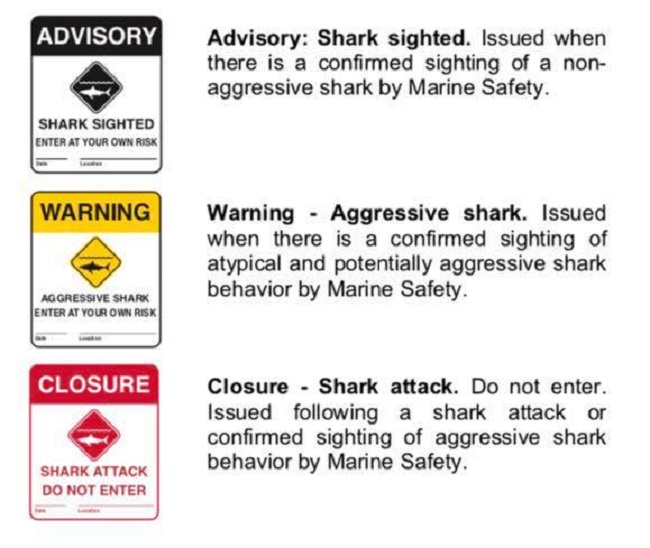 
Over the last several weeks, Long Beach Fire Department Marine Safety has received numerous reports of shark sightings near the Peninsula oceanfront. The level of confirmed shark activity this spring is consistent with what was observed by the Marine Safety Division in the spring of 2016. We estimate that 10-20 juvenile sharks swim in the waters off Peninsula beach daily.

California State Parks has developed a shark advisory system. Development of this system involved input from the California Marine Safety Chief’s Association of which Long Beach is a member. Signs will posted at the water’s edge where Marine Safety personnel are able to confirm shark sightings.

Media attention has attracted increased recreational vessel traffic to the waters off Peninsula Beach. For the safety of our recreational beach users, and the sharks, Marine Safety personnel will continue to enforce against any attempt to disturb the sharks in their natural habitat.