This past summer, the City of Long Beach completed another round of critical repairs to the Queen Mary and is moving into the final stages of repairs. Critical repair work ensures that the ship is safe for visitors when the City welcomes the community and Queen Mary fans back on board to enjoy sections of the ship by the end of the year.

“In just ten months since the city’s acquisition of the lease, the Queen Mary has begun to receive the necessary care and commitment it deserves,” said Mayor Robert Garcia. “I look forward to getting people back on board to enjoy this historical treasure once again.”

Over the summer months, the City conducted safety and reinforcement upgrades to the ship’s bulkheads – the inner walls within the hull that prevents the ship’s water intake – to enhance their overall safety and operational effectiveness. The bulkheads heights were extended, making the bulkheads serve as watertight compartments and largely improving the ship’s internal structural stability. These repairs, in addition to the removal of 20 deteriorated lifeboats earlier this year, have drastically reinforced the overall structural integrity of the ship, allowing for additional safety improvements to be conducted. During this phase of repairs, the City also began the installation of an automated bilge pump system, a critical safety component that will discharge any excess water resulting from an unlikely event of water intrusion. All eleven bilge pump platforms have been built to support the new system and the installation of the bilge pumps is expected to occur in early 2023. 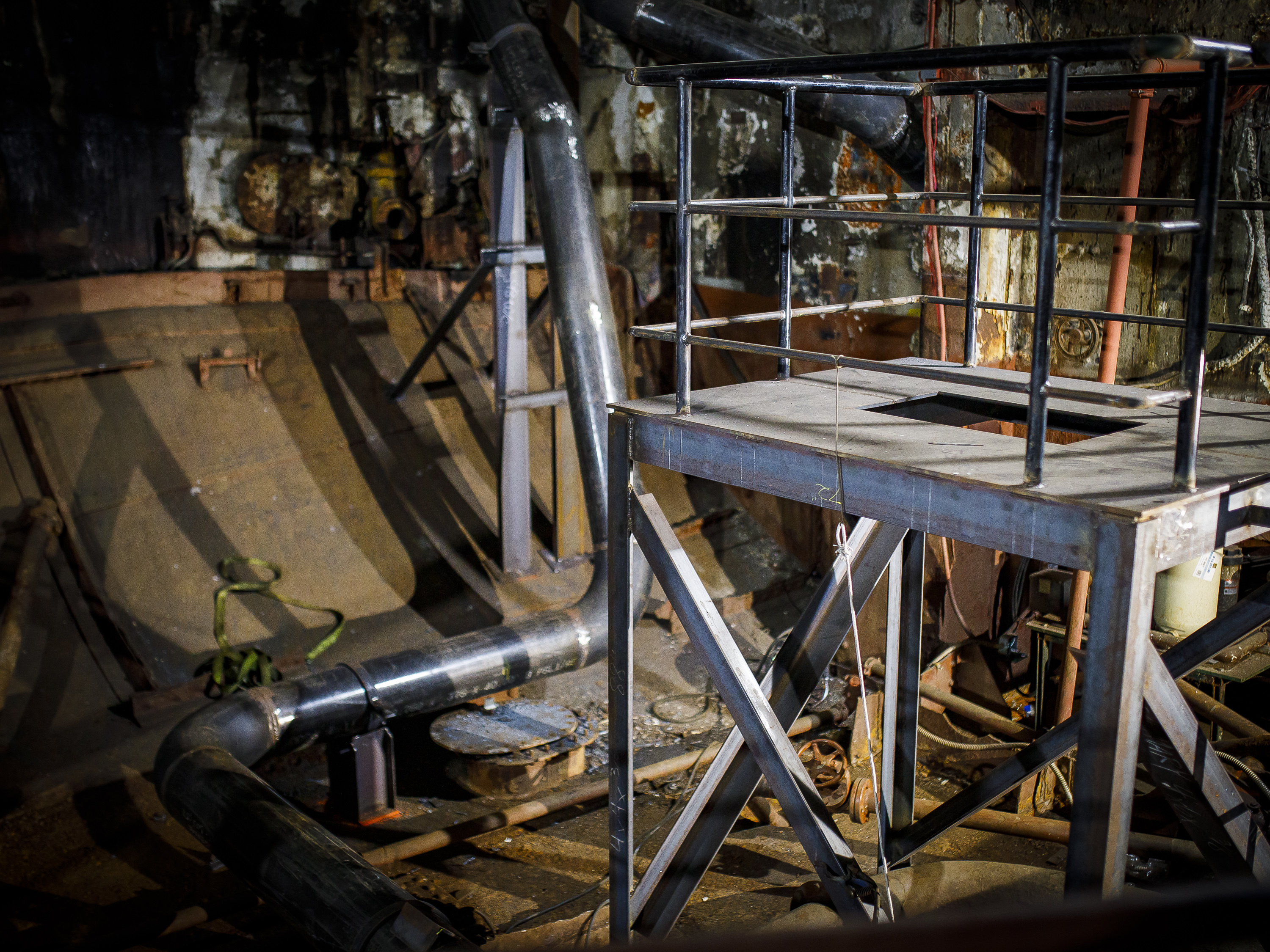 This fall, work continues onboard the Queen Mary with the final phase of critical repairs currently in progress. The City will install an emergency generator, which has the capacity to generate 500 kilowatts of emergency power to operate the bilge pump system, interior and external lighting, and safety equipment in the event of an emergency. Lastly, the City is slated to finish the installation of two boilers and heat exchangers, which will allow for hot water to be used for cooking, cleaning and sanitation, by early 2023. Approximately 75% of the critical repairs inside the ship—electrical, plumbing and metal fabrication-related work—is expected to be complete by the end of this year, with the remaining internal critical repairs to be completed in early 2023.

“Over the course of this year, the Queen Mary has received the attention and preservation it deserves,” said First District Councilwoman Mary Zendejas. “I look forward to soon welcoming visitors back onboard to enjoy this historic, beautiful landmark of our great city and that it remains a family friendly attraction for many years to come.”

Once the critical structural and safety repairs are completed, aesthetic repairs – such as interior and exterior painting, flooring and railing – will continue to be worked on leading up to and after the ship’s reopening to the public. City staff from the Department of Public Works will continue making other minor repairs, including the upgrade of interior lighting to LEDs and other necessary ship maintenance.

“We are excited to see the repairs getting completed to ensure a successful preview at the end of this year,” said Department of Public Works Director Eric Lopez. “Thanks to our City team, construction contractors and the support from our consultant historian, we’ve reached another milestone to restore the ship and get us one step closer to inviting people back to visit this special area of Long Beach.”

In June, the Long Beach City Council authorized the City Manager to enter into a Hospitality Management Agreement with Evolution Hospitality, LLC., to reopen and operate the Queen Mary’s hotel, food and beverage facilities, entertainment attractions and ship-related events for a period of five years. Since then, the City has allocated a total of $3.6 million to support preopening improvements for priority projects and preopening staffing costs, funded in part by Tidelands Funds and revenue from Special Events and Filming.

While critical repairs are conducted, the Queen Mary has been closed to the public but continues to be available for filming and special events, which helps generate revenue to support the ship operations. Click here for interest to film or host an event near the Queen Mary.

To keep the public informed, the City created a Queen Mary Updates webpage, which includes the Queen Mary’s economic impacts on the City, a historical overview, the City’s stance on preserving the historic integrity and structural safety of the ship and the City’s short- and long-term goals in the preservation process.

About Public Works
The Long Beach Public Works Department strives to operate, preserve, and enhance the City's physical infrastructure and transportation systems. The Department provides a variety of community services including the repair, rehabilitation and general upkeep of City streets, trees, sidewalks, and City structures. Public Works also provides emergency support services throughout the City. Visit us at longbeach.gov/pw/, Like us on Facebook, and follow us on Twitter and Instagram.