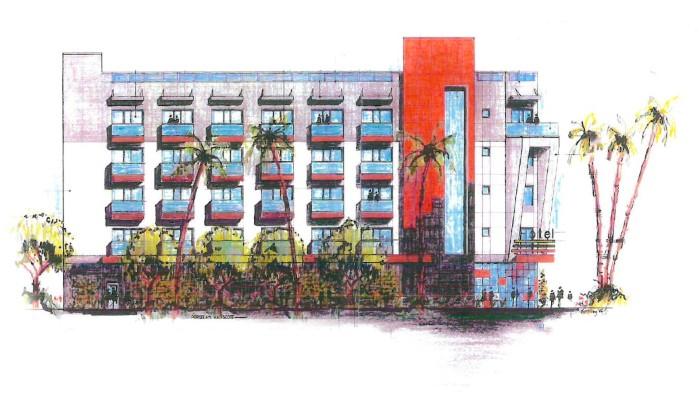 
By: Brian Addison in Longbeachize

Construction workers have begun work on a 34-room boutique hotel that will be privately operated by independent developer Yogesh Patel and located at the northwest corner of First Street and Long Beach Boulevard.

Replacing a surface lot that had been under Patel’s operation, the Gilmar-designed proposal reaches back to October of 2015 when Patel first applied for conditional approval. (Given the lot size is less than 50,000 square feet, his plans did not have to face the Planning Commission for approval.) 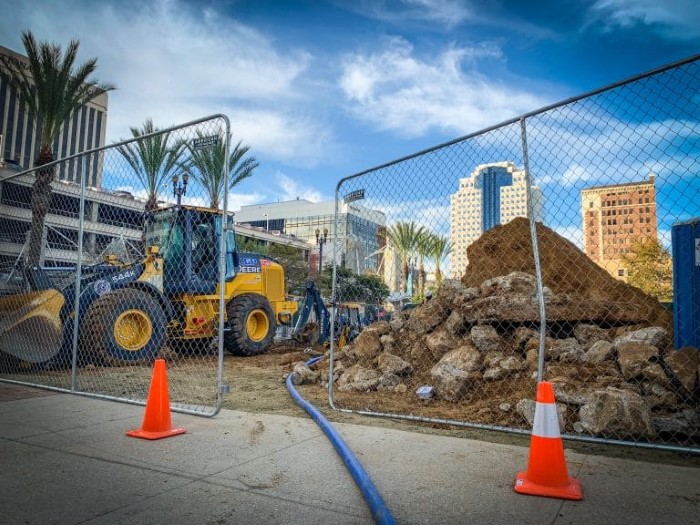 According to city staff, Patel returned in July 2017 with modified designs and reconfigured the parking to include mechanical lifts that will auto-park the cars of patrons; this change was approved by staff.

“The developer has had some informal discussions with staff about further changes to the project and I understand there are cost concerns with the construction but we have come to no agreement on further changes,” said Planning Manager Christopher Koontz. “The city is seeking to support hotel projects and development in Downtown but at the same time is committed to upholding the design standards in the Downtown Plan.”