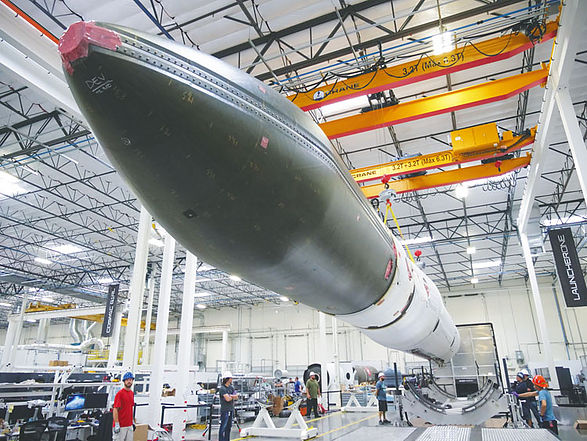 On a site steeped in Long Beach’s long history of aviation and aerospace innovation, Virgin Orbit is continuing that legacy with the development of a rocket launch system meant to provide more accessible, affordable small satellite launch services than are currently available.

The firm’s 180,000-square-foot building on Cover Street and a newly purchased second building on nearby McGowen Street, both within the Douglas Park business complex, serve as the manufacturing facility for the company’s rocket launch system as well as corporate offices. About 450 people are employed by Virgin Orbit in Long Beach, and the company plans to increase that number to 600 by year’s end, according to Will Pomerantz, vice president of special projects.

Virgin Orbit first moved to Douglas Park in 2015 as a division of Virgin Galactic of the Virgin Group of companies, but has since incorporated as its own firm within that group.