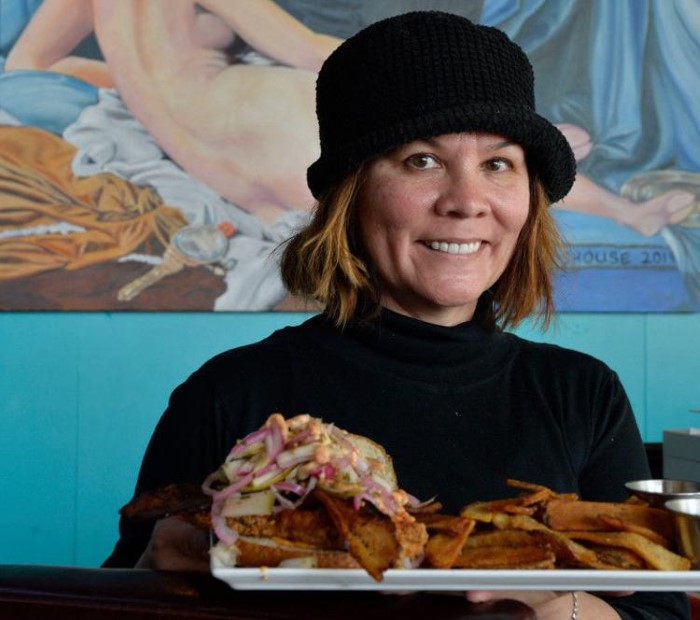 Veteran-Focused Fourth And Olive Reopens As The Pigburd

For a restaurant that focuses on hiring veterans, the mission to remain open was accomplished with the help of a war vet and a menu that gives the kitchen the leeway to serve just about anything.

“I have a new chef-partner who’s an Air Force veteran and we’re going to be doing farmer’s market-driven food, anything that’s fresh that day,” said Dan Tapia, co-owner of Pigburd, which was formerly known as 4th and Olive.

Late last year Tapia, a Navy veteran, announced that due to various reasons, including a menu offering the relatively little-known Alsatian cuisine that blends French and German country food, he could no longer keep his place open.

However, he held out hope that he could find investors and re-brand the restaurant to draw in more customers while still sticking to his credo of hiring veterans.

And after closing for four days at the end of January and reopening on Feb. 1 as Pigburd, he now has a veteran as his partner who is also running the kitchen.

Read more on The Grunion