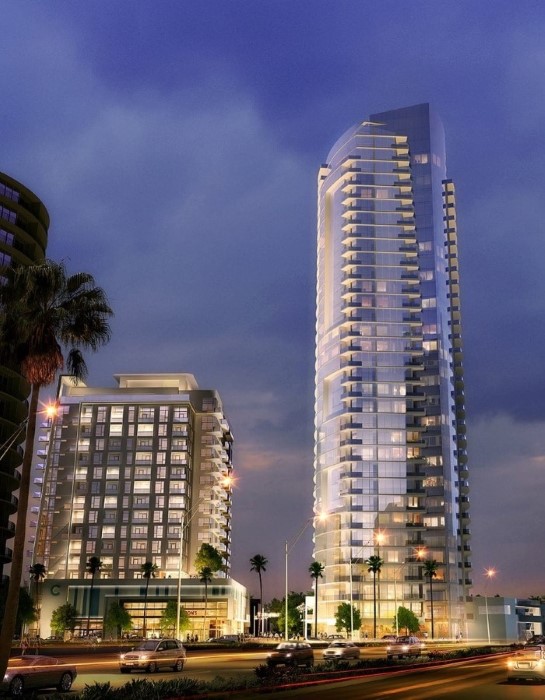 
By: Brian Addison in Longbeachize

The second phase of one of the largest developments in Long Beach, at Ocean Boulevard and Alamitos Avenue, officially broke ground today, bringing Long Beach tallest building one step closer to reality.

Following completion of the $70-million, 17-story Current tower, the footprint of the 35-story East Tower just to the east of Current has long been a part of the original plan. In fact, before the Recession of 2008, the Shoreline Gateway tower was supposed to be built first, followed by the Current; plans obviously altered post-recession, with the Current opening its doors to rising rents and controversy in 2016.