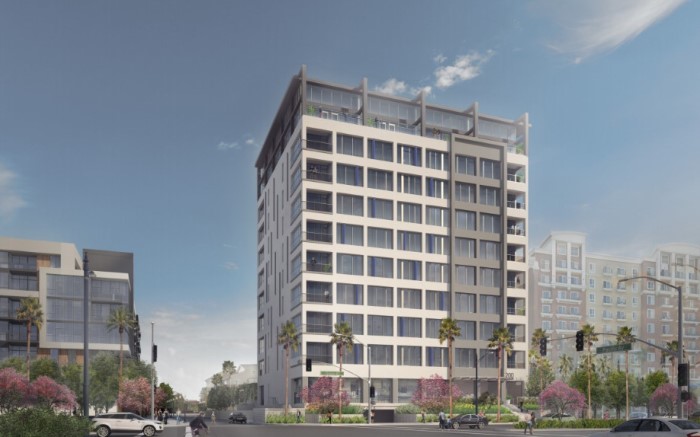 The former Verizon Building on Ocean Boulevard, in Long Beach, is getting taller.

The 106,000 square-foot structure, built in 1968, is undergoing a transformation from its former days as a mid-century office building into a modern residential complex. Perhaps the most significant change to what is now called Ocean View Tower is a plan to add two more floors on top of the previously nine-story structure.

The project is one of 11 major developments that have been proposed, approved or completed in recent years along Ocean Boulevard, between the 710 freeway and Alamitos Avenue.

This particular renovation plan has been in the works for years.
Representatives for Studio One Eleven, the architecture firm behind the project, did not respond to requests for comment.

The company’s proposal for the building first came to the Planning Commission in 2015, when Jan van Dijs, who has been handling construction on the project, told the panel about his plans to convert the structure to 94 residential units.