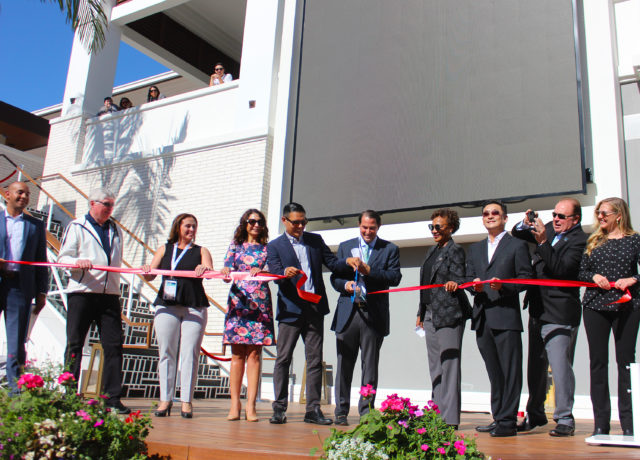 The highly anticipated 2ND & PCH retail center celebrated its grand opening with city officials, developers and hundreds of residents in attendance on October 24. As of November 1, 19 stores have opened their doors, and dozens more are to follow. The more than 215,000-square-foot project in Southeast Long Beach comes after two decades of tenacious efforts by property owner Raymond Lin and city staff, who went through three other development pitches before 2ND & PCH was ultimately approved.

“It’s like a dream coming true,” Lin told the Business Journal. “You wish for something and work toward that vision for so long and so hard, and 20-some years later it finally happened . . . bigger and better than I could [have] ever asked for. I’m very grateful.”

Lin purchased the lease for the SeaPort Marina Hotel, the former structure on the site, in the early 1990s, followed by the land purchase in 1998. From then on, Lin worked with the city and developers on plans to demolish the run-down hotel and redevelop the site.