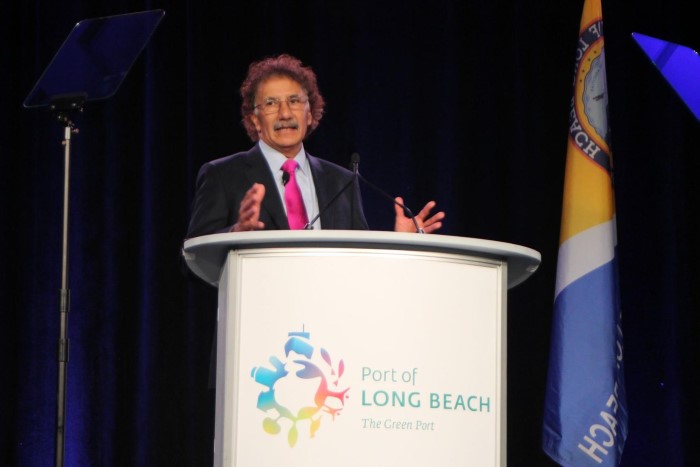 A trade war between the United States and China has business owners worried, but at least for now, it has resulted in a record year for the Port of Long Beach.

Harbor Department Executive Director Mario Cordero offered that analysis Wednesday as part of his State of the Port speech.

"The Port of Long Beach is a major gateway for trans-Pacific trade. Nearly 70 percent of our import containers come from China, and 40 percent of our exports go there. With this trade dynamic, we moved the highest container total ever, 8.1 million TEUs (20-foot equivalent units)…

"Although exports slowed in the second half of the year, we finished 2018 with a jump in imports. Retailers expedited shipments because of the uncertain trade outlook in the New Year."

Harbor Commission President Tracy Egoscue opened the program talking about the port's impact on Long Beach, Southern California and beyond.

"The Port of Long Beach is America’s second-busiest port, and this city’s leading economic engine," she said. "Our nearly $200 billion a year in trade supports thousands of jobs in Southern California and nearly one-and-a-half million jobs across the country."