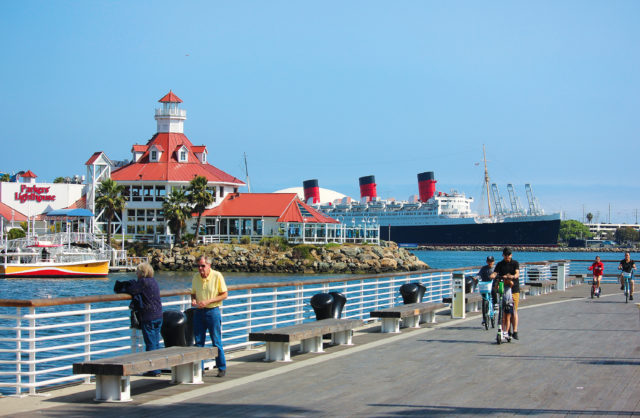 Marketing Long Beach As A Package Deal To Tourists

Whether it’s scouting for whales in the bay, day trips to Catalina Island or shopping for vintage finds on 4th Street, there are plenty of activities visitors to Long Beach can busy themselves with. Still, the city’s history as an oil town, a naval base and later its industrial development as part of the nation’s largest port complex have at times overshadowed its leisurely offerings.

“Long Beach, if you go back in its history, because of its beaches and because of its proximity to Los Angeles, was the getaway for the residents of L.A.,” Steve Goodling, president and CEO of the Long Beach Area Conventions & Visitors Bureau (CVB), told the Business Journal. He noted that as residential and industrial development expanded, and the city’s breakwater was built, its reputation as a beach and surf town began to fade away. But the tide may be turning again. “I think we’re at this inflection point where Long Beach is being re-discovered as an urban waterfront destination,” Goodling said.