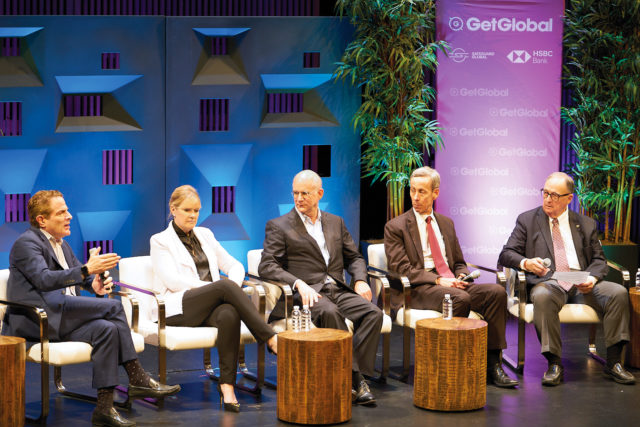 In early November, top executives from major U.S. and international companies – from Walt Disney International to Johnson & Johnson and many others – as well as leading government officials and trade experts, gathered at the Long Beach Convention & Entertainment Center for a two-day conference on the topic of thriving in global markets. Panel discussions and roundtables ranged from industry-specific topics such as “innovation in supply chain and logistics” to dialogs about specific countries, including a keynote panel on China featuring the likes of the U.S. deputy assistant secretary of commerce for China and Mongolia.

The event, GetGlobal 2019, was held in Long Beach for the first time on November 6 and 7 thanks in part to wooing by the city’s economic development department. According to John Keisler, the department’s director, it was one of city’s economic development commissioners, Leah Goold-Haws, who suggested bringing the event to the city to help achieve goals related to promoting foreign direct investment. Ultimately, the city, the Port of Long Beach and Keisler’s department all signed on as sponsors for the event.