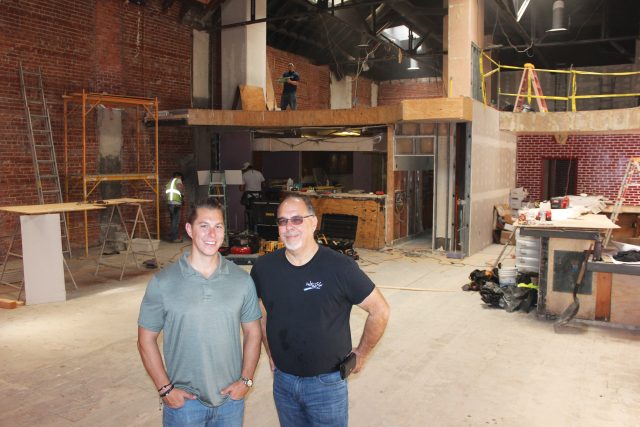 California wines are known throughout the world. But despite favorable weather conditions, Long Beach’s urban, industrial coastline and a lack of rolling hills for grapevines to rest on have precluded the city from taking part in this profitable industry. Luckily for wine aficionados, that hasn’t held back a small but flourishing scene of wine stores and tasting rooms in the city. And soon, Long Beach will welcome its first winery, located in the heart of downtown.

Water’s Edge Winery, an “urban winery” franchise, is in the process of opening a new location on Pine Avenue. The winery, which will offer tastings of wine produced on-site, will be the first of its kind in Long Beach. The grapes used to make the wine onsite are flown in from vineyards all over the globe.

“It’s kind of a cool concept, being able to bring in stuff from all over the world,” Water’s Edge Winery’s owner, Colin Mitzenmacher, told the Business Journal. “Australia, Argentina, Spain, France, Italy – you name it, we’re bringing it in.