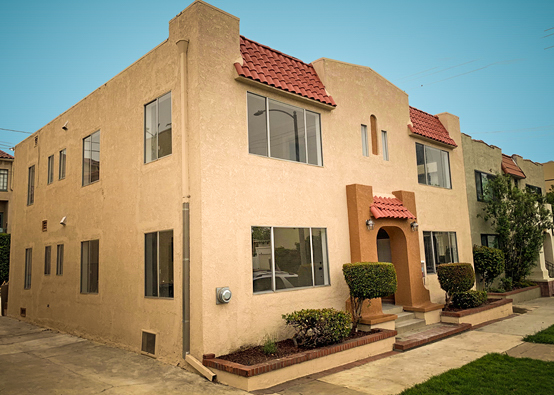 Five-Unit Affordable Housing Complex for Adults with Disabilities to Open


A small parcel on Redondo Avenue between First Street and Broadway has been converted to a five-unit affordable housing complex specifically for adults with developmental disabilities thanks to a partnership between nonprofit Home Ownership for Personal Empowerment, or HOPE, and the City of Long Beach.

HOPE’s mission is a specific one: Focusing on properties that can be converted to eight units or less, they then create stable housing for people with intellectual and developmental disabilities.
This mission has been preceded by a dark stain in U.S. housing policy: Long before a landmark Supreme Court ruling in 1999—that individuals with disabilities should be cared for in the least restrictive environment possible—adults with intellectual or developmental disabilities were often cast away from their family and thrown into harsh mental institutions. In 1967, over 200,000 adults with disabilities were in mental institutions.