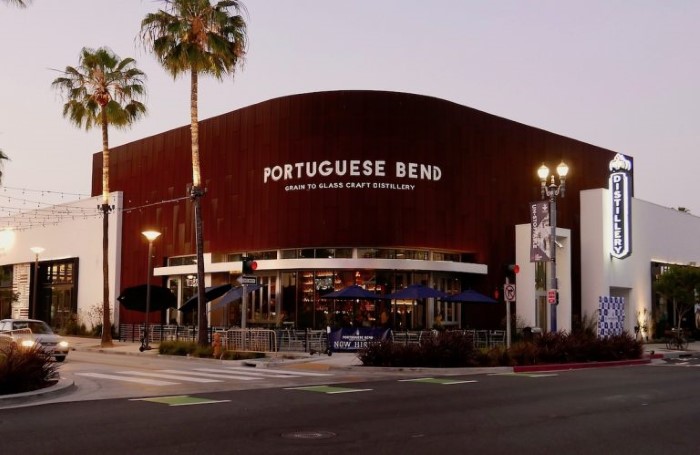 The first unveiling of Portuguese Bend Distilling, Long Beach’s first distillery, brought in media and investors to preview the space and taste the spirits of the much anticipated project on Thursday night. Originally announced in 2017, owners Luis Navarro and Brenda Riviera, the duo behind Lola’s Mexican Cuisine and The Social List on Fourth Street, and owner and master distiller Simon Haxton, welcomed guests after many a sleepless night preparing for this day.

“We’re just really excited to bring something the city can be proud of that doesn’t exist anywhere else,” Haxton said.

The space, designed by Retail Design Collaborative, pays homage to the boats and smugglers who turned Portuguese Bend, the bay near San Pedro, into the main artery of SoCal’s booze transportation during Prohibition.