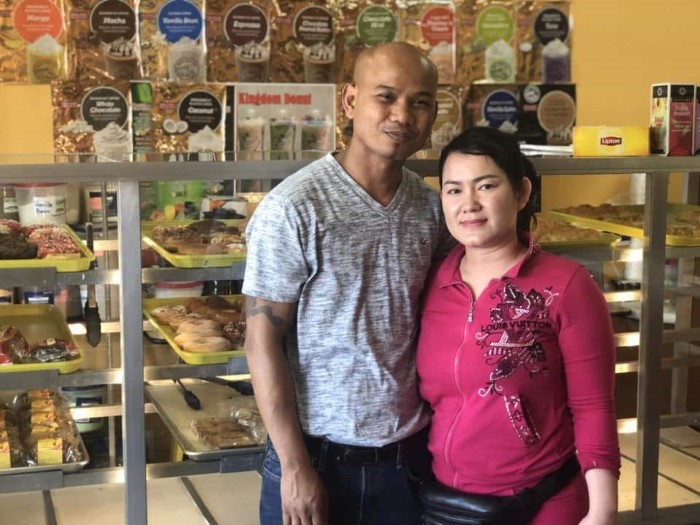 Fleeing the Khmer Rouge, Cambodian refugee Brandon Chhea came to California when he was 12 years old and settled in San Pedro.

After graduating high school, Chhea began working as a janitor at an aerospace company before getting the chance to design interior spaces of commercial planes when the owner of the company saw potential in him, according to Chhea.
He’s designed cabinet spaces, flip tables, sleeping compartments and more, but he had to stop when stricter regulations were handed down.

“I was no longer able to design such things because I needed higher education and credentials to perform work,” Chhea said.

He now works at Terranea Resort in Rancho Palos Verdes as a banquet coordinator, but he also owns a donut shop in Long Beach where he’s asking for help from the community to build up the neighborhood business.

Chhea bought the store in 2016, but he was a customer first.