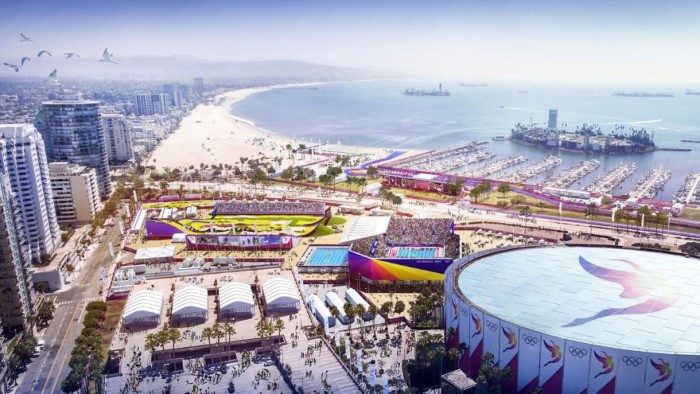 Last February, after it had been announced that Long Beach is a large part of plans for Los Angeles to host the 2028 Olympic Games, Mayor Robert Garcia unveiled his “8 by 28” plan for capital improvements, and the City Council approved it.

Long Beach is set to host water polo, handball, triathlon (Olympic and Paralympic), marathon swimming, BMX racing and sailing, with the potential of more events being added as venues develop. A Long Beach Sports Park at and near the Long Beach Convention Center will be the focal point here, but the Belmont Veterans Memorial Pier will host sailing, and other events run down the coast.

Beyond sports venues, some of the projects are on the list to handle transportation for the expected large crowds and/or amenities for them once they get to Long Beach. And not all of the work need be paid for by Long Beach, either.

Read more on the Press Telegram